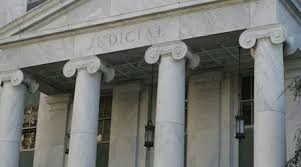 As many of you know, I have tried a lot of cases over the last 25 years as a plaintiff’s personal injury trial lawyer here in Atlanta, Georgia. I also have appeared numerous times (37 at last count) in Georgia’s appellate courts and as a trial lawyer I handle my cases through completion, including the appellate process. I have had two appellate arguments this year, one in the Georgia Court of Appeals and one in the Supreme Court of Georgia, our state’s highest court, and so it is natural, I suppose, to have the issue of deference to a trial court by appellate courts on my mind and heart.

Appellate courts are courts that correct errors of law made in the trial court, sometimes called “the court below” in an apparent nod to hierarchy among our courts. As a trial lawyer, I believe I must win my case for my client in the trial court. I do not subscribe to the opinion, as some lawyers do, that, worse comes to worse, I can always win it in the appellate court. I want to win a verdict in the trial court and then hold on to that verdict, thus, I go out of my way to ensure there is no error from which the defendant could appeal in the trial. This strategy takes both extreme foresight and planning but also lightening speed decision-making in the trial.

Appellate courts must use certain “standards of review,” i.e., a specific framework in which to judge what happened in the trial court, according to the posture the case is in when it lands in the appellate court’s lap. These standards of review are well known and almost taken for granted, as if every lawyer and every judge in Georgia agrees to their meaning. The Georgia Court of Appeals even lists them on its website for easy, quick reference. But even though we can state the standards of review very plainly, it is not true that all lawyers and all judges readily agree on their meaning and application. That is when it gets fun. 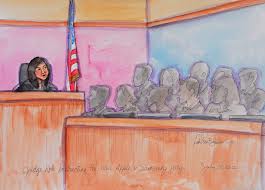 Unfortunately, there are also times where particular appellate judges would rather simply substitute their own independent decision on how they think a case should have turned out rather than truly reviewing the trial court’s decision and giving even “due” deference to that decision. See, e.g., KROGER COMPANY v. SCHOENHOFF, No. A13A1247 (Ga. Ct. App., J. Andrews, dissenting, Nov. 12, 2013.). In that situation, a trial lawyer can only prayer such an opinion falls in the dissent.

Although the Administrative Office of the Courts (AOC) maintains records for the number of cases filed in all courts in Georgia for each year, there is no central depository of case results on appeal, meaning there is nowhere we can go to see how many cases in which the deferential standard of review applied resulted in a reversal of the trial court. Might make for interesting reading and comparison.

In the end, a good trial lawyer must focus on winning the case at trial, hopefully, without the assistance of any appealable error, and hope the appellate court gives the trial court’s fact-finding decisions “extreme deference.” Justice Carol Pope, of the Illinois Supreme Court summed it up nicely in her Judicial Perspective article in The Unnoticed Judicial Layer: The Illinois Appellate Court: “However, appellate courts are still only courts of review. An appeal does not constitute another bite at the proverbial apple. As a result, a party cannot sit idly by in the trial court and count on the appellate court to save him. In most cases, regardless of a party’s defiance, his chance of winning on appeal is tied to his success in the trial court.”