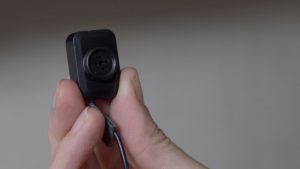 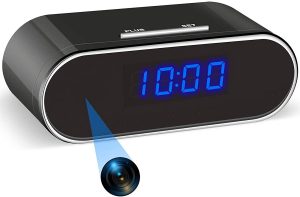 Interestingly, the legality of that was not settled in Georgia until December 2020 with the criminal case Nuckles v. State, No. S20G0492 (Ga.Sup.Ct. December 21, 2020). In this case, Ms. Nuckles was charged with depriving an elder resident of an rehabilitation center of essential services and concealing the resident’s death. Prior to her trial on those charges, Nuckles filed a motion seeking to exclude a video recording captured on a camera concealed in Mr. Dempsey’s room at the residential rehabilitation center where Nuckles worked, asserting that the recording was inadmissible under OCGA § 16-11-67 because she did not consent to its recording as required under OCGA § 16-11-62 (2). The resident, Mr. Dempsey, had complained to his son, Timothy, about the care he was receiving, reporting that staff members were sometimes rude to him and that they would not answer his calls for assistance in a timely fashion. Dempsey asked Timothy to spend the night with him, but Timothy was unable to do so because he had to care for his stepchildren at night while his wife worked.  Instead, Timothy decided to install a video surveillance camera in order to see what was going on in Dempsey’s room at night, and he found a camera online that was concealed in a four- to five-inch-square alarm clock and that would record “24/7” in five-minute increments onto a memory card. Timothy installed the camera on February 7 or 8, 2014, placing it on the dresser across from Dempsey’s bed where it was focused on Dempsey and his belongings. It did not capture Dempsey’s roommate’s side of the room, and the roommate only appeared on camera when he came over to Dempsey’s area. Timothy testified that Dempsey was happy with the camera because he felt like someone was watching what was going on. Only Timothy, Dempsey, the private caretaker hired by Timothy to watch his father during the day, Timothy’s wife, and Timothy’s stepdaughter knew the camera was there.

Dempsey passed away on February 27, 2014, and by that time, the camera had recorded approximately 400 hours of video. Before viewing the video from the night of Dempsey’s death, Timothy contacted law enforcement and requested that an autopsy be performed because Timothy had visited Dempsey the night before his death, thought Dempsey had been doing well, and found his death to be unexpected. Later, after Timothy viewed the video from the camera in Dempsey’s room, he forwarded it to law enforcement. Nuckles was subsequently indicted by a grand jury and charged with one count of depriving an elder person of essential services and one count of concealing the death of another. She later filed a “Motion to Suppress/Motion in Limine” seeking to exclude the video recording taken in Dempsey’s room, asserting that, because she did not consent to the video recording, it was made in violation of OCGA § 16-11-62 (2). That subsection provides that it is unlawful for

[a]ny person, through the use of any device, without the consent of all persons observed, to observe, photograph, or record the activities of another which occur in any private place and out of public view[.]

OCGA § 16-11-62 (2). Nuckles filed her motion to suppress the video recording pursuant to OCGA § 16-11-67, which provides: “No evidence obtained in a manner which violates any of the provisions of this part shall be admissible in any court of this state except to prove violations of this part.” The State argued in response, however, that the video recording was admissible because it fell within the exception set forth in OCGA § 16-11-62 (2) (B) (the “Security Exception”), which provides that it is not unlawful

[f]or an owner or occupier of real property to use for security purposes, crime prevention, or crime detection any device to observe, photograph, or record the activities of persons who are on the property or an approach thereto in areas where there is no reasonable expectation of privacy[.]

The Georgia Supreme Court held that Mr. Dempsey was “an occupier of real property” within the meaning of the security exception of the statute. He stored his personal items in the room and slept and stayed in the room until his death. Then the Supreme Court  addressed whether there was a “reasonable expectation of privacy” in Mr. Dempsey’s room under the statute and found that Nuckles did not have a reasonable expectation of privacy in that room. She never slept there, never changed clothes in that room, never used the bathroom in that room and never kept any personal items in that room. Thus, it was legal for Mr.Dempsey to record the events that occurred in that room.
This opinion seems to me to be correctly decided, but it is hard to square with the Supreme Court’s opinion on similar facts in State v. Cohen, 302 Ga. 616, 628, 807 S.E.2d 861, 871 (2017).  In Cohen, the defendants were two civil attorneys and their client, who was a housekeeper.  She videotaped conduct between her and her employer (the owner of the home) that allegedly showed the two of them engaging in sexual acts. The defendants were indicted for illegally videotaping someone without that person’s consent. The defendants argued the videotaping was legal because one party, the housekeeper, consented to it being made.  In Georgia, for audio recordings, only one party must consent (the party taping the conversation)to it being taped for it to be legal.  The Supreme Court held the indictment did not fail based on OCGA § 16-11-66 (a) because the one-party-consent rule did not apply to shield the defendants from potential criminal liability for conspiring to and creating a secret video recording of others with a hidden camera in an ostensibly private place and out of the public view without the consent of those other people whose activities were being recorded.  The Supreme Court also held that the employer had a reasonable expectation of privacy in the bedroom of his own home even when he was engaging in sexual acts with his housekeeper. This was so even though to the housekeeper it was her place of employment. By the way, the jury acquitted all defendants of all charges in Cohen.  After Cohen, many attorneys were not sure how to advise their clients who wanted to put a camera in their family members room in nursing homes or long-term care facilities.
The Nuckles Court didn’t even cite Cohen. That is perplexing to say the least.
The Nuckles decision has wide-ranging implications. Not only will these kind of secret video recordings now be admissible in a criminal trial, they will also be admissible in any civil lawsuits regarding the inappropriate care given to elderly residents of long-term care facilities. This is a win for those families who are attempting to hold these facilities accountable. And it will let those families know now that recording what occurs in their loved one’s room in these facilities is perfectly legal and acceptable, and may even be the loving thing to do.