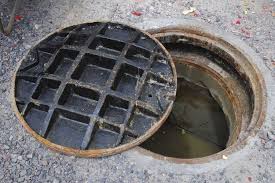 I recently tried this out on my own, regarding a hole in a DeKalb County road at the intersection of Oxford Road and Emory Road, adjacent to the Emory University Campus. This hole had been covered by a large metal plate for over a year. Someone in our neighborhood even placed a birthday balloon on it to celebrate the metal plate’s one year birthday.  I don’t think anyone baked it a cake, though.  I took a photograph of it and tweeted it to DeKalb County. Surprisingly, within a couple of weeks of my tweet, there was a bulldozer placed next to this metal plate, a sure sign that DeKalb County was finally going to fix the road. Unfortunately, now there are several bulldozers there by the side of the road that have now been there for weeks. Hmmmm.  It is arguably even more dangerous now as this intersection is down to one lane with no warning signs or traffic direction other than these cones. This is an incredibly busy intersection as it is next to the entrance of Emory University. 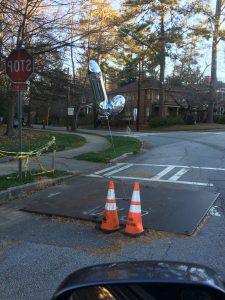 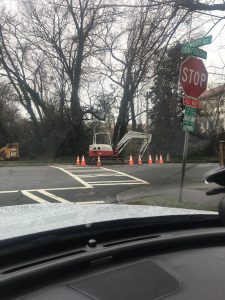 What do you think?  Should a city of a county have a duty to inspect its roads, streets and sidewalks before someone becomes injured by them?  In my opinion, that seems to be simply common sense. Yes, a city or county should be actively inspecting its streets, roads and sidewalks to prevent one of their citizens from being injured on them.  If the City of Atlanta was listening to this Fulton County jury, then it should have heard loud and clear that this jury certainly thought the City of Atlanta should inspect its streets for prevention of injury. Will anything change? Time will tell.  In the meantime, stay safe out there.