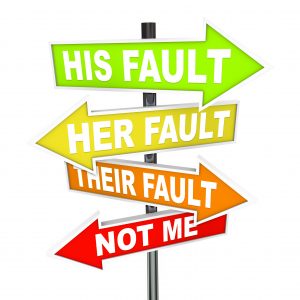 The second apportionment appellate opinion, Trabue, was from the Georgia Court of Appeals, which upheld a $45.8 Million verdict in a medical malpractice case.  Trabue, authored by Judge Sara Doyle, involved a 2017 medical malpractice trial over the catastrophic brain damage a woman suffered days after childbirth. Named Defendants were Atlanta Womens Specialists, LLC and one of its physicians, Dr. Angus. Defense counsel requested that the jury be allowed to apportion damages to another one of AWS’s physicians, Dr. Simonsen, who was not a named defendant by the plaintiffs in the case. The Court held “[n]otwithstanding the defendants’ attempts to characterize their request for apportionment as between parties, they actually seek to apportion between Dr. Angus and Dr. Simonsen, a non-party under OCGA § 51-12-33 (b). By failing to give the mandatory notice required by that Code section, the defendants waived their right to apportion damages in that manner.27 Thus, the trial court erred by granting a new trial as to apportionment, and we therefore reverse that portion of the order.”

Trabue v. Atlanta Women’s Specialists, LLC, A18A1508, 2019 WL 1068194, at *7 (Ga. Ct. App. Mar. 7, 2019).  The Georgia Supreme Court’s docket indicates that defendants have requested an extension of time to file a Petition for Certiorari to the Supreme Court so there, apparently, will be more to come in Trabue and I will certainly be watching for that.
Apportionment seems to have become the go-to tool for defendants. Blame anyone else but me, even a fellow officer or director, or even one of our own employees, as long as it might get the jury to place some percentage of fault on anyone else in the universe but me. Last week there was a $5 Million verdict in favor of a plaintiff in a car wreck case in which the defense was that a deer ran out in front of the defendant’s car and that caused him to lose control of his vehicle and hit plaintiff. I was wondering whether the defense counsel asked the Court to permit apportionment of fault to the poor deer, who, apparently, couldn’t be located after the incident. Things that make you go hmmmm. Apportionment has gotten out of control and I am glad to see both the Loudermilk and the Trabue opinions reign it back in to more common sensical application.