The loss of a child saddens me and it is especially tough when the child’s death was preventable. In the last two weeks, children in two separate incidents were killed when they were run over by one of their parents who was driving an SUV (Sport Utility Vehicle). The first incident, in Savannah, Georgia, involved a mother who ran over her twenty month old daughter as she backed up in her Isuzu Ascension, an SUV. To read more of that horrible story, click here.http://www.ajc.com/search/content/metro/stories/2007/07/20/toddlerkilled.html Then I see today that in Ohio, a father backed over his own child yesterday while heading out to church. This father was driving a Chevrolet Suburban. For more on this tragedy, click here. http://www.wlwt.com/news/13778230/detail.html 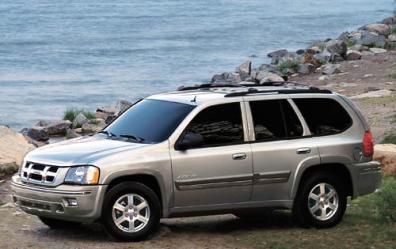 I am willing to bet that neither the Chevrolet Suburban nor the Isuzu Ascension had a back-up camera in them, which easily allows an SUV driver to see what is behind the car before backing up. In fact, this type of camera automatically comes on anytime the vehicle is in reverse. Also, they are cheap, costing only approximately $150.00. These back-up cameras are crucial in SUVs, in which the driver is sitting so high off the ground and the SUV is so long that it is almost impossible to see everything behind the SUV clearly. The National Highway Traffic Safety Administration, in a report to Congress in November, said backover accidents are not a recent phenomenon. But NHTSA disputes perceptions that the number of accidents is increasing as the size of the nation’s vehicle fleet grows — led by SUVs and minivans, which tend to have larger rear blind zones.

A study by Consumer Reports magazine suggests SUVs, pickups and minivans are longer and taller and their blind zones extend as much as 50 feet from the rear bumper. These factors contribute to poor visibility, the report says.

Back-up cameras would have prevented both of these tragic deaths. 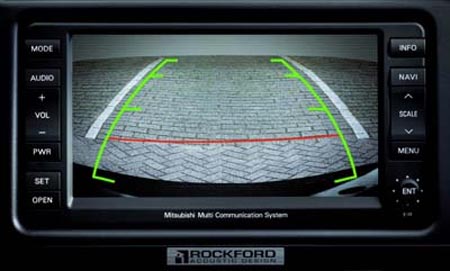 Something obviously needs to be done. The statistics are alarming: 1,200 children under 15 who have been killed since 2000 in nontraffic motor-vehicle accidents in the United States. Half of those fatalities were in backovers, almost all of them involving children under 5, according to Kids and Cars, a child-safety advocacy group in Leawood, Kan.http://www.santafenewmexican.com/news/64616.html

What is $150.00 if it will save the life of a child? A child’s life is priceless. It is time Congress mandated the inclusion of these inexpensive, but absolutely life-saving, back-up cameras in all new SUVs before another child dies needlessly, and another family is tortured with the guilt of running over their own child. Enough is enough.

Recommendations from Kids and Cars to keep children safe:

Walk around and behind a vehicle prior to moving it.
Know where your kids are. Make children move away from your vehicle to a place where they are in full view before moving the car and know that another adult is properly supervising children before moving your vehicle.
Teach children that “parked” vehicles might move. Let them know that they can see the vehicle but the driver might not be able to see them.
Consider installing cross-view mirrors, audible collision detectors, rear-view camera and/or some type of backup detection device.
Be aware that steep inclines and large SUVs, vans and trucks add to the difficulty of seeing behind a vehicle.
Teach your children to never play in, around or behind a vehicle and always set the emergency brake.
Keep toys and other sports equipment off the driveway.
Homeowners should trim landscaping around the driveway to ensure they can see the sidewalk, street and pedestrians clearly when backing out of their driveway. Pedestrians also need to be able to see a vehicle pulling out of the driveway.
Never leave children alone in or around cars, not even for a minute.
Keep vehicles locked at all times, even in the garage or driveway.
Make sure all child passengers have left the car after it is parked.
Be especially careful about keeping children safe in and around cars during busy times, schedule changes and periods of crisis or holidays.
— www.kidsandcars.org