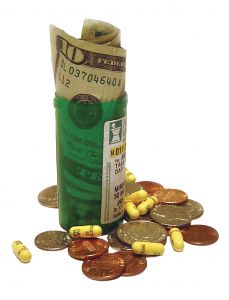 I have written about the attempt going on RIGHT NOW at the Georgia Capitol by Governor Perdue and Senator Bill Cowsert and others who take up Governor Perdue’s mantra to eliminate Georgian’s rights to sue a Georgia pharmaceutical company if its drug harms a Georgian. Senate Bill 101, heard yesterday in the Economic Development Committee (NOT the Judiciary Committee, where it actually belongs), would strip Georgians of ALL of our rights to hold a Georgia drug manufacturer liable for damages its drug causes a Georgian. Ironically, this bill would hurt ONLY Georgians; those folks who took the drug in any other state, Alabama, for example, WOULD be able to hold the Georgia company responsible for the harm it causes, as it should be. Can you imagine any worse affrong to the rights of Georgia citizens than this? This should show you how little the Governor of Georgia and his followers in the Georgia General Assembly think of the welfare of Georgia consumers. Yesterday in the Committee hearing, the Chairperson did not allow the Committee to vote on the bill.

ACT NOW! Folks, now is the time for everyone living in the State of Georgia to call your State Senator and ask them to vote NO on Senate Bill 101. Also, now is the time to call the Governor’s office and let Governor Perdue know you don’t appreciate his underhanded attempts to eliminate your constitutional rights.

Below is a wonderful letter by fellow trial lawyer Josh Branch published yesterday in the Athens, Georgia Banner-Herald. Josh is absolutely 100% correct.

Josh Branch: Limiting liability is wrong move
Athens Banner-Herald | Story updated at 8:11 pm on 2/18/2009
Senate Bill 101, backed by Gov. Sonny Perdue and now making its way through the state Senate, would free Georgia-based pharmaceutical corporations that make dangerous drugs or medical devices from accountability for any harm they cause, so long as their drug or medical device has received federal Food and Drug Administration approval. The bill grants complete immunity from liability to the corporation while stripping the constitutional rights of the citizens of this state.

Vioxx was an FDA-approved drug that seriously harmed or killed at least 139,000 people. If a drug were made here that killed Georgians as Vioxx did, our residents would have absolutely no recourse. A person in Phenix City, Ala., just across the state line, could pursue justice in the courts; a person in Columbus, Ga., just inside the state line, could not. Why take away the rights of citizens in your own state?

Perdue should not hand the lives of our citizens over to a federal bureaucracy and at the same time strip them of any right they have to seek a civil remedy if something goes horribly wrong. Georgians deserve much better than that.