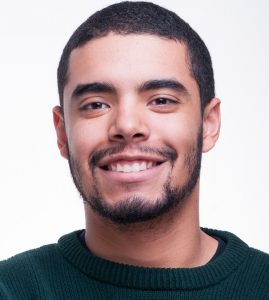 John Lewis was a weed. Born to sharecroppers in the Jim Crow South, he grew out of the mud, in between the cracks, and on his own terms. Guided by love and compassion, he marched toward justice with purpose and urgency. He risked life and limb in the name of justice and equality. When authorities brought violence to peaceful demonstrations, Lewis did not waver, he stood tall adhering to his ideals of passive resistance. Despite innumerable arrests and injuries incurred at the hands of those meant to serve and protect, he maintained hope for a brighter day.

A 23 year-old John Lewis was the youngest speaker at the March on Washington. His message was clear, “We will not and cannot be patient.” Lewis’ message was youthful and teeming with hope. Hope that this nation could deliver the promises of the constitution to all Americans, regardless of race, color, or creed. With a vigilant eye toward justice, Lewis grew into a central leader in the Civil Rights Movement. Lewis was fueled by his belief in the power of love and compassion, and resolute in his hope for future generations.

On Bloody Sunday in 1965, Lewis helped lead demonstrators across the Edmund Pettus Bridge in protest of rampant voter suppression. The peaceful demonstration turned violent when Alabama State Troopers met demonstrators on the other side of the bridge with guns, fists, night sticks, and tear gas. As a result of the violence, Lewis was arrested and left with a fractured skull. Images of this violent intervention served as evidence of the grievous miscarriages of justice that Black Americans faced in the Jim Crow South. Photos and videos of the tragic events created public outrage. Those that were previously indifferent, could no longer ignore the reality. Bloody Sunday awakened the nation, and laid the groundwork for the passing of the Voting Rights act of 1965.

In 1987 John Lewis brought his fight for justice and equality to congress. He was elected to represent Georgia’s 5th Congressional District in the U.S. House of Representatives. He was a rare politician. Through his activism and compassion Lewis helped the nation understand the plight of the disenfranchised. Though his work began as a way to help ensure the rights of black citizens in the Jim Crow South, his mission grew broader. As a congressman, Lewis listened and spoke out against injustice in all of its forms. He fought his own cynicism and apathy, and remained resolute in his pursuit of justice. He never lost his passion for justice, or his vision for change. He recognized both the potential of this nation, and the steps necessary to achieve it.

It is important to remember that freedom requires acts of bravery, both at home and abroad. By the standards of the day, Lewis’ goals were bold, and his work was dangerous. Violence and terror were the weapons used against those fighting for equality. From a young age Lewis demonstrated the steady-handed quiet courage that would be necessary to lead this movement. Through what he affectionately called ‘good trouble,’ he was able to help change the course of a nation.

Few people are able to affect the soul of nation the way that John Lewis did. In the face of violence and injustice he never wavered, he remained committed to the fight for equality for all citizens. He was driven by an unyielding hope for the future, and unyielding faith in humanity. In his passing it is important to remember the sacrifices that have been made in the name of progress, and remain vigilant in the fight against injustice. Lewis left the torch lit and the path clear, but the work is not done. Let’s live in a way that would honor his memory.