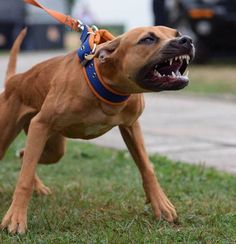 The Georgia Supreme Court today issued an opinion that makes it clear the age-old rule of “one free bite” for a dog before an owner can be held responsible is no longer Georgia law.  The Court’s opinion in Steagald v. Eason, S16G0293 (Ga. Sup. Ct. March 6, 2017) overturned prior case law that held the opposite. (“To the extent that the Court of Appeals held otherwise in Hamilton v. Walker, 235 Ga. App. 635 (510 SE2d 120) (1998) (a 4-3 decision), when it said that “the dog must have, on a prior occasion, done the same act which resulted in the injury comprising the tort action,” id. at 635 (citations omitted), the Court of Appeals misconstrued its own precedent, and that decision is disapproved.”). In Steagald, the dog at issue, “Rocks,”  had twice before “snapped” at neighbors, without actually biting them. Then, in a third incident, when the neighbor  approached the dog and extended her arm, Rocks jumped at her, bit her arm, and latched onto it. The neighbor attempted to run away, and when she did, she slipped and fell. At that point, Rocks bit and latched onto her right leg. The woman sustained serious injuries as a result of the attack.

The time-worn “one bite rule” refers to this:  A rule that says that the owner of a domesticated animal (e.g., a dog) will be held strictly liable for injuries caused by the animal only if the owner knew or should have known about the animal’s dangerous or vicious propensities, which have been manifested in the past. The burden of proof is on the injured party to show that the animal owner possessed this knowledge. The “one-bite” rule originated in common law and has been rejected or modified by most states, either by statute or by case law, with regard to dogs.  Many states, including Georgia, have long followed this rule, holding that a dog owner has no liability as a matter of law to a person who his dog bites and injures unless the owner was aware of a previous bite by his dog. But today the Georgia Supreme Court acknowledged that the two prior “snaps” by Rocks at the neighbors were really just “unsuccessful bites.”  The two prior “unsuccessful bites” were enough to put the owner on notice that his dog may have a vicious propensity, which is part of what a plaintiff must prove to prevail in a dog bit case. Justice Keith Blackwell authored the opinion of the Court. Known for his sense of humor, Justice Blackwell apparently found the serious injuries of the Plaintiff no laughing matter and wrote:  “An attempt to bite in the absence of provocation most certainly may be proof of a propensity to bite without provocation. And as the Court of Appeals correctly recognized in earlier decisions, when the evidence shows that an owner or keeper knows of such an attempted bite — that a dog has snapped at someone, nicked someone with its teeth, or otherwise used its mouth to attack someone without injuring her — it may well be sufficient to establish knowledge of a propensity to bite.”  The opinion was unanimous by the Court.

I think the Georgia Supreme Court has fashioned a fair and common sense rule here. The “one free bite” rule let the owners of vicious dogs off the hook, or off the “leash” so to speak, too easily.  We all know a pit bull who barks at someone and snaps and jumps at someone but doesn’t actually bite, is just one leash-break away from a horrific mauling. Dogsbite.org reports in the 12-year period of 2005 through 2016, canines killed 392 Americans. Pit bulls contributed to 65% (254) of these deaths. Combined, pit bulls and rottweilers contributed to 76% of the total recorded deaths. Family dogs inflicted 45% (14) of all deaths in 2016; family pit bulls accounted for 86% (12) of these deaths, up from an 11-year average of 63%. Of the 22 fatal pit bull attacks, 55% (12) involved a family or household member vs. 45% (10) non-family. Many Georgia counties and cities have in place specific ordinances about dogs with vicious propensities, especially pit bulls.  And who can  forget the tragedy of the death of a little boy and mauling of a little girl this January as they walked to their bus stop in Southwest Atlanta by pit bull?  These ordinances are created with the policy in mind of encouraging owners to have better control over their dogs.  And the Georgia Supreme Court’s opinion in Steagald will help hold negligent dog owners responsible for the havoc created by their vicious dogs.  Dog owners should take notice and act accordingly.