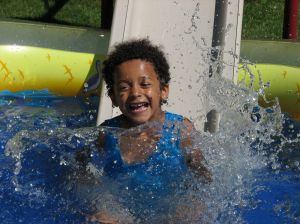 I have just returned from a wonderful beach vacation over the Fourth of July Holiday, during which my two children swam every day in various swimming pools, and I am saddened and shocked to find out that another preventable swimming pool tragedy occurred during what was meant to be a fun summer week. This time the tragedy occurred in Minneapolis at a pool that we now know had some sort of defective drain in it. A six year old girl was eviscerated by the swimming pool drain while doing what normal six year olds are supposed to do in the summer…have fun swimming in a pool. As a mother of two, this news has hit me especially hard. I was under the impression that following several other lawsuits over such defective swimming pool drains and a U.S. Consumer Product Safety Commission warning in a 2005 report, Guidelines for Entrapment Hazards: Making Pools and Spas Safer, that every commercial pool in the United States had taken the necessary steps to make their pools safe. Also, that many pool owners, at least those in North Carolina, retrofitted their pools to make them safer after Presidential Candidate John Edwards successfully brought a lawsuit against a pool owner and drain manufacturer in an almost identical case in which his clients’ child was disemboweled by a defective pool drain. But, unfortunately, such was not the case, to this little six year old’s (and her parents’) horror. You can read more of the facts of this preventable tragedy here. Either the pool drain’s cover was carelessly off, or the pool had not been retrofitted with other drains to prevent too much suction power from being on this one drain. Either way, the owner of the pool was careless in allowing children to swim in a pool with a defective drain. Because of this carelessness, a young girl’s life is forever changed, to the point where she may have to be fed intravenously for the rest of her life.
Pool owners who fail to make their pools safe and pool drain manufacturers who fail to make safe swimming pool drains must be held accountable for their carelessness in our Civil Justice System. It will be the only justice this little girl will ever realize. Although such blatant corporate negligence really should be a crime. And this should never happen to another family ever again. I urge you to find out about the safety of the pool(s) in which your children are now swimming. Ask whether the pool has been retrofitted as suggested by the Consumer Product Safety Commission. Ask how often the owners check to insure all drains are covered. I am going to do so regarding the pools my children swim in. Demand that safety action be taken to correct any such dangerous situation as having a missing pool drain cover. The little Minneapolis six year old will be in my prayers.