I attended the 2007 State Bar of Georgia Annual Meeting in Ponte Vedra, Florida last week as a Member of the Board of Governors, Post 36 Atlanta, Georgia. I am happy to report good news for the elections to the Executive Committee of the Georgia State Bar, as the Board of Governors duly elected fellow blogger Ken Shigley from Atlanta, Georgia and fellow Georgia Trial Lawyers Association (GTLA) member Thomas Stubbs from Decatur, Georgia as Members at Large to the Executive Committee. Both of these outstanding lawyers will serve the Georgia Bar well. They, like I, represent plaintiffs in a vast array of personal injury cases and are always fighting for justice for the underdog in the system. Ken, Thomas and I all share the same beliefs in the inherent value of the Georgia Civil Justice System and we will continue to support it and fight to maintain an independent judiciary, something all Americans agree sets our Nation apart from others. There has been an assault on the independence of the judiciary in last year’s Georgia Supreme Court election and I am proud to say that the Georgia lawyers who believe in the integrity of our Civil Justice System fought it off and helped preserve an independent judiciary in Georgia that is not controlled by special political interests. We should all be proud of that. Justice Carol Hunstein, whose seat on the Supreme Court of Georgia was the target of this politicized assault, was awarded the Tradition of Excellence Award in the Judicial Category by the General Practice and Trial Section. Fellow GTLA member Paul Kilpatrick from Columbus, Georgia, was awarded the Tradition of Excellence Award in the Plaintiffs’ Counsel Category and they both gave inspirational acceptance speeches that emphasized the importance of an independent, non-politicized judiciary.

Much of the credit goes to Immediate Past President Jay Cook, as he led the charge to preserve Georgia’s tradition of an independent judiciary. We can expect our new Georgia Bar President, Gerald Edenfield, from Statesboro, Georgia, to follow in Jay Cook’s footsteps on this very important issue.

Additionally, GTLA members Jeff Bramlett and Lester Tate were elected President Elect and Treasurer respectfully, so I can honestly and happily say the State Bar of Georgia is in good hands for years to come. These gentlemen champion the rights of the everyday Georgia citizens, not mammouth corporations or insurance companies.

The Annual Georgia State Bar Meeting is important to attend for many reasons, including legal education, fellowship and doing the Bar’s work, but attending also reinvigorates us for the heavy fight to preserve the Civil Justice System of Georgia at all costs, because there are those out there, who I would refer to as “The Dismantlers” who would “dismantle” or undo the Civil Justice System and eliminate corporate responsibility for wrongdoing altogether. I pledge to every Georgia citizen I will do my utmost never to allow that to happen. 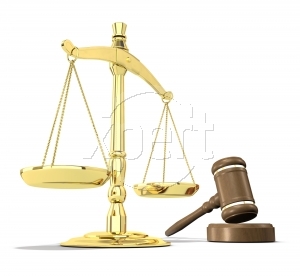 I also have to take a moment to mention that my team in the Younger Lawyers Division of the Georgia State Bar, consisting of Bill Clark, Seth Kirshenbaum, Jay Cook, Jr. and me, won First Place in the YLD Golf Tournament. We were blessed with beautiful weather and outstanding fellowship and enjoyed a wonderful day together. Thank you Bill, Jay and Seth!