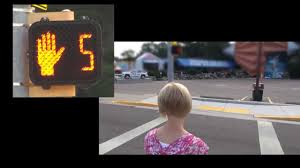 Every day as I travel down Edgewood Avenue in Downtown Atlanta in the middle of Georgia State University, some pedestrian, without fail, decides to take a risk and walk out in front of either my car or another car as I watch. The only time this doesn’t happen is when Georgia State is on Spring Break. It is a stressful trip, knowing that in addition to the numerous cars all around me that I have to be aware of, I have to be ready to slam my breaks in a nanosecond to avoid hitting a pedestrian walking out in front of my car when I have the right-of-way. I am aware of the plentiful crosswalks available for pedestrian use, but they are mostly ignored.  I am talking about students who ignore the crossing signals and walk across a street either not in a crosswalk at all, or in a crosswalk but cross when the signal is telling them to stop.  This typical daily occurrence with pedestrians has me thinking about just exactly what are the laws in Georgia pertaining to pedestrians? Is it just me or are the pedestrian signals getting more complicated?  What do they actually mean?  When does a pedestrian have the right-of-way to cross the street? Can a driver of a vehicle just mow down a pedestrian if the pedestrian is not in the crosswalk?  How about if the pedestrian is in the crosswalk but the flashing hand has started with a stopwatch ticking down, telling the pedstrian how many seconds he or she has to cross the street before the signal turns?  Is a pedestrian required to know how fast they can walk and how many seconds they typically take to cross a street?  Does it depend on how many lanes the street is?  And whether there is a headwind or tailwind? My drive today has me thinking about all of this.  Hmmm….

First, we can easily find the Georgia Rules of the Road as they pertain to pedestrians on the Georgia Highway Safety website. The Official Code of Georgia provides:  § 40-6-91. Right of Way in Crosswalks:

“In other words, it’s illegal for drivers to squeeze by, drive around or cut off a pedestrian in a crosswalk, even if there’s room. Forget yield. Remember STOP.”

What if the pedestrian is NOT in the crosswalk?  Again, the Official Code of Georgia gives us the answer:  § 40-6-92. Crossing roadway elsewhere than at crosswalk:

(a) Every pedestrian crossing a roadway at any point other than within a marked crosswalk or within an unmarked crosswalk at an intersection shall yield the right of way to all vehicles upon the roadway unless he has already, and under safe conditions, entered the roadway.

And a pedestrian has the duty not to walk out in the middle of a street where there is no crosswalk. The vehicle maintains the right-of-way in that scenario.
§ 40-6-91 (b) No pedestrian shall suddenly leave a curb or other place of safety and walk or run into the path of a vehicle which is so close that it is impractical for the driver to yield.

And what about those confusing pedestrian flashing signals? What do they mean?  Here is what Georgia Law says about them:

Whenever special pedestrian-control signals exhibiting the words WALK or DON’T WALK or symbols so directing a pedestrian are in place, such signals shall indicate as follows:

(1) Word or symbol message WALK — Pedestrians facing such signal may proceed across the roadway in the direction of the signal. Every driver of a vehicle shall stop and remain stopped for such pedestrians; and

(2) Flashing or steady DON’T WALK — No pedestrian shall start to cross the roadway in the direction of such a signal, but any pedestrian who has partially completed his crossing on the WALK signal shall proceed to sidewalk or safety island while the DON’T WALK signal is showing.

Pedestrians and drivers are often confused by the meaning of the flashing “Don’t Walk” signal. For pedestrians, it simply means “don’t start crossing.” It does not give drivers who are turning at a green light the right of way. Even on green, turning drivers must stop and wait for pedestrians to cross the adjacent crosswalks.

This is interesting, especially in light of a recent jury verdict in Gwinnett State Court in which the jury returned a defense verdict to a trucking company whose driver ran over a pedestrian who was, indisputably, in the crosswalk at the time he was hit.  How does that even happen?  Was it simply great lawyering by the defense counsel (may be).  Or was there a misunderstanding by the jury about Georgia law for pedestrians?  According to news accounts of that trial from the Daily Report, the Atlanta legal news organ, “[t]he jury appears to have done so based on something simple: The flashing orange hand that lights up when the time to walk is ending. The defense team, Matthew Moffett and Jacquelyn Smith of Gray, Rust, St. Amand, Moffett & Brieske in Atlanta, told the jury that the white walk sign had gone away, and the orange hand was flashing when Brandon Lanier stepped into the cross walk on Main Street in downtown Tifton on April 22, 2014. The plaintiffs team, Katherine McArthur, Caleb Walker, Jordan Josey and Laura Penn of the McArthur Law Firm in Macon, asserted that the orange hand didn’t start flashing until Lanier was already in the crosswalk, which would have been a legal crossing. No one suggested that the “don’t walk” sign had appeared.”  The jury apparently assessed the pedestrian with 50% of the liability for contributory negligence and assessed the truck driver with 50% of the liability, which means the plaintiff takes nothing under Georgia law. According to the Daily Report’s account, “McArthur had eyewitnesses, including two police officers, testifying that Lanier had pressed the pedestrian crossing button, waited for the signal and let an approaching truck come to a stop before crossing. The witnesses then saw Riley Jake Hulsey turn his truck right, knock down and run over Lanier, she said. Hulsey was cited and has a vehicular homicide charge pending, she said.” And “Moffett said he believes he simply convinced the jury that it wasn’t reasonable to place all of the responsibility on either the pedestrian or the truck driver and that both contributed to the accident.”

I am reluctant ever to say a jury got something wrong, even when I lose a trial.  The jury heard all of the evidence, and the judge told them what Georgia law to apply, and so with regard to an outcome that I don’t agree with or understand, I usually conclude the jury got it right and something else had to have occurred. But I confess, this jury verdict has me scratching my head. Based on the newspaper’s report, and the Georgia law I have quoted above for you, I just can’t explain this one.

Unfortunately, it is all too common for a pedestrian to be struck by a car in Georgia, even when the pedestrian is in a crosswalk on a city street.  But based on what the jury said in the Gwinnett County trial, does that mean drivers can just mow them down if the orange flashing hand has appeared while the pedestrian is already in the crosswalk?  Does a pedestrian who is legally using the crosswalk assume any risk while in it?   Can a pedestrian who is legally using the crosswalk ever be contributorily negligent while in the very crosswalk put on the street for their protection? I suppose we will wait to see what Georgia appellate courts tell us about this assuming the plaintiff appeals the defense verdict.  Maybe the Gwinnett County jury misunderstood the law? As a driver who faces pedestrians crossing Edgewood Avenue all over the place and specifically NOT in crosswalks, I can empathize a bit with the truckdriver.  But it seems that Georgia law would offer more protection to a pedestrian who is actually obeying the law and crossing the street within a crosswalk.

Robin Frazer Clark pursues justice for those who have personal injury claims as a result of being injured in motor vehicle wrecks, trucking wrecks, defective products, defective maintenance of roads, premises safety, medical malpractice and other incidents caused by the negligence of others.  Ms. Clark is the 50th President of the State Bar of Georgia and a Past President of Georgia Trial Lawyers Association and has practiced law in Georgia for 30 years. Mrs. Clark is a Barrister in the International Society of Barristers. Mrs. Clark is listed as one of the Top 50 Women Trial Lawyers in Georgia and is a Georgia Super Lawyer.  Robin Frazer Clark~Dedicated to the Constitution’s Promise of Justice for All.