In my motor vehicle accident cases, more and more frequently I am seeing cases in which the at fault driver was careless and inattentive because he or she was either talking on the cell phone or text messaging using the cellphone at the time of the accident. As a mother of two and as a personal injury trial lawyer who handles alot of car wreck cases, this increasingly gives me cause for concern. 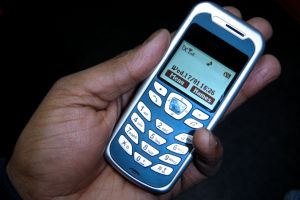 I saw today where the City of Lynn, Massachusetts wants to make it illegal for teens to drive and text message at the same time. The measure was put together by a city councilor after a run-in with a distracted teenager. The ban would apply to both talking and texting while driving, except in an emergency.

DeKalb County has already imposed an add-on fine to the at-fault driver of a motor vehicle accident if that driver was using his or her cellphone at the time of the wreck. This is a step in the right direction. Scientific studies have shown a person is just as impaired a driver while using the cellphone as if he or she were intoxicated while driving, and yet there are no laws in Georgia against the use of cellphones or hand-held devices while driving. We are talking about the safety of the motoring public and of pedestrians. How many preventable deaths will have to occur on Georgia roads before the Legislature acts to protect the safety of Georgia citizens?