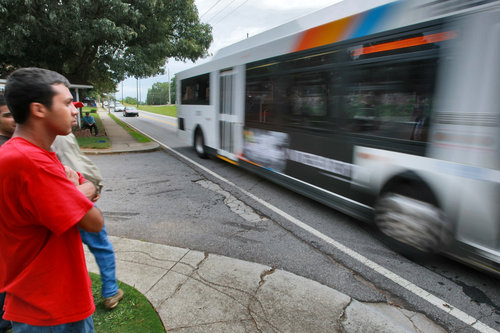 My heart is heavy and sad this morning after hearing the news that the little six year old girl who was struck by an SUV driver as she was exiting a MARTA bus died yesterday due to internal injuries suffered in this horrible collision. The driver of the SUV has now turned himself in this morning to police and faces vehicular homicide charges. The SUV driver violated the Georgia Rules of the Road by crossing a double yellow line when he struck the little girl. A Clarkston police officer who was parked on the corner of Ponce de Leon Avenue saw the wreck. He had just written tickets to six other drivers for passing on the double yellow line and was just about to go after this particular SUV driver when the driver hit the little girl.

This is a tragedy beyond all proportions. The family had been in Atlanta only for a few days having immigrated here from Nepal. She died on what would have been her first day of school at Indian Creek Elementary School. The Clarkston police chief said the driver who hit the little girl had a lengthy history of disobeying the rules of the road and that he “has no regard for the law.”

So what is wrong with Atlanta drivers? Many obviously ignore the rules of the road, as evidenced not only by this horrible collision but also by the fact that the police officer there had already written six tickets for the same violation just moments earlier. Atlanta is particularly dangerous for pedestrians. My law office is at the corner of Peachtree Street and 15th Street in Midtown, and I personally see numerous drivers run the red light at the intersection every day, and yet nothing is ever done about it. One day someone is going to get killed at that intersection, and I wonder then whether anything will be done about it. Should there be stiffer penalities? Should drivers be required to take driving tests periodically? For now, Atlanta drivers should just take a collective deep breath, calm down and drive more slowly. Maybe if everyone is not in such a big hurry, they will be able to think about what the Georgia Rules of the Road require of them and maybe they’ll actually follow them. Until then, Georgia families are going to face more tragedies like this one.