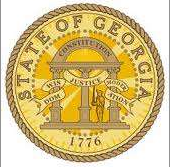 In what can only be described as a jaw-dropping, scorching opinion, issued on December 20, 2023, the Georgia Supreme Court soundly rebuked the Georgia Attorney General’s Office for lack of integrity in negotiations with the Federal Defender Program regarding when the AG’s office would resume executions of death-sentenced inmates.

In State v. Fed. Def. Program, Inc., S22A1099, 2022 WL 17813458 (Ga. Dec. 20, 2022) made the following agreement, in writing via email, with the Federal Defender Program:
“Our office will not pursue an execution warrant from the District Attorney in the below defined cases before: 1) the final COVID19 judicial emergency order entered by the Chief Justice of the Supreme Court of Georgia expires; 2) the Georgia Department of Corrections lifts its suspension of legal visitation, and normal visitation resumes; and [3)] a vaccination against COVID19 is readily available to all members of the public.
END_OF_DOCUMENT_TOKEN_TO_BE_REPLACED

I have been recovering from hip replacement surgery (my second) these last two weeks and have watched a lot of daytime television while keeping my leg elevated and ice on my hip.  Although I have enjoyed the short sabbatical, I hate that it came only through the necessity of having a new hip implanted. But I am doing very well and expect to be back in my office next week!

One thing that I won’t miss  is watching so many lawyer ads on TV. I do not believe they improve our image as plaintiff’s personal injury lawyers and for lawyers like me who actually try jury trials, it is perfectly clear that our jurors hate these ads. I just recently tried a medical malpractice trial in DeKalb County (which resulted in a $2.35 Million verdict for my client) and many of the perspective jurors during jury selection talked about how they didn’t trust lawyers because of the ads they see on TV and generally, because of these lawyer ads, they were suspicious of our bringing a personal injury case to trial. I had to do a lot of work in jury selection to make sure those potential jurors understood I didn’t advertise and that my case they were about to sit on was a legitimate case in which my client’s mother had died due to medical malpractice. I hate that right out of the gate I had to deal with some other lawyer’s advertisement on TV, like the person in an ad who claims her lawyer got her $900,000.00 and she doesn’t even look injured!

One of the things I have noticed while being forced to watch these TV lawyer ads, is that most of them proudly promote that they don’t get paid unless you get paid, as if they are the only lawyers in the State of Georgia who will boldly make that promise.  Although their statement is true, they are not the only personal injury lawyers who don’t charge a client for their time unless and until they win or settle a case for the client. In fact, as far as I know, ALL plaintiff’s personal injury attorneys, in Georgia and the entire United States for that matter, make the same deal as these TV advertising lawyers who act like they have the monopoly on this arrangement. It’s called a contingency fee agreement and all personal injury lawyers use one to be retained to work for a client on a personal injury case. Please understand that the statement made by TV advertisers about this says absolutely nothing about their skills, ability and experience as a trial lawyer.  We all work under this arrangement.