What is apportionment?  How does it affect my case?  What does it mean?  Can I ever get justice in my case with it?

These are typical questions I often get from my clients in personal injury cases.  The issue of apportionment comes up now in just about every case filed. Apportionment is the premise of Georgia law that says a jury may (but is not required to) apportion other people or entities, who are not even being sued in the lawsuit, a percentage of fault should the jury so choose.  In a lawsuit, a defendant may claim some other person or company is to blame also and may ask the jury to consider assessing some percentage of fault or blame to that other person or company who is not named as a defendant in the lawsuit. This is known as “apportionment,” i.e., the jury apportions fault or blame to whoever they think is at fault.  Apportionment came into Georgia jurisprudence in 2005 through the wisdom of Georgia Legislature, part of sweeping reforms then known as “tort reform.”  Interestingly, nearly all of these so-called reforms have now been elimimated as unconstitutional by our appellate state courts, e.g., a cap on non-economic damages.  That cap lasted only as long as it took for a case with a verdict higher than the Legislature-imposed cap to make its way to the Georgia Supreme Court, where the Court promptly held the cap on damages to violate the Georgia Constitution. That case is Atlanta Oculoplastic Surgery, P.C. v.   Nestlehutt, 286 Ga. 731 (2010).  Notice the Nestlehutt case was decided in 2010, so there were five years between the creation of that unconstitutional law and the undoing  of it.  There is no telling how many Georgia citizens were victims of malpractice during those intervening five years who didn’t receive justice.

When the law of apportionment first reared its ugly head, many practitioners and prognosticators, including mediators, declared certain types of cases “dead.”  I can remember many of these folks pronounced the premature death of negligent security cases because the defendant apartment complex or defendant business would simply be able to blame the criminal defendant who perpetrated the crime and get off Scot free.  Well, in the words of Coach Lee Corso, “Not so fast!”  Fairly quickly after the implementation of apportionment, and after every defendant tried to blame everyone else in the world for their negligence, including a criminal, known or unknown, that myth was disproven.  For example, in the Martin v. Six Flags Over Georgia case, in which a young man was severely beaten by a gang at Six Flags, for no reason other than the gang (some of whom were Six Flags employees) wanted to beat someone up, the jury returned a verdict of $35 Million.  The Cobb County jury attributed to the gang members   a total of 8% of that $35 million verdict, and split between the four of them, it came out to 2% per gang member/roughly $750,000 each. This means that Six Flags had to pay the remaining 92% totaling roughly $32 million dollars in damages.

Another good example of this phenomenon happened in December 2014 in a trial in San Antonio, Texas.  The case, Crisp v. McDonald’s Corp., involved the attack of two McDonald’s customers by a mob of 15-20 men on the premises.  The jury allocated 97% of fault to McDonald’s, and much like the Six Flags case in Georgia, apportioned only 2% of fault to one known attacker and the remaining 1% to John Doe attackers who were never identified.  The jury’s verdict was for $27 Million and McDonald’s had to pay 97% of $27 Million.

Then, just this week in Fulton County State Court, a jury apportioned 0% fault to the criminal perpetrator and found a medical practice 100% at fault and liable for the plaintiff’s injuries.  The  Fulton County jury decided that a dental clinic must pay $3.7 million to a young woman who was sexually molested and sodomized by a nurse anesthetist at the clinic in 2009.  The nurse is serving life in prison and was not a defendant in the suit. The jury did not apportion any blame to him, instead holding the dental practice 100 percent liable for the assault.  In a last ditch effort to avoid 100% of the liability bill, defense counsel, in what has to be described as a “Hail Mary,” argued to the Court there had to be some blame cast on the criminal perpetrator.  But this begs the question:  just because a jury can apportion does it mean it has to?  And if the jury decides not to apportion fault, as it did in the Fulton County case this week, what happens?  There is no apportionment unless and until a jury says there is. So just because a defendant tries to blame anyone and everyone else for their own negligent conduct doesn’t mean a jury will always buy it. 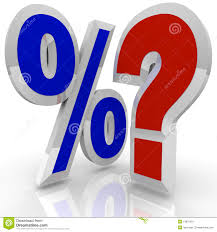 Sounds like the apportionment law didn’t quite work out the way the Georgia Legislature had hoped. I am sure that has never happened before with Legislation. So what are the unintended consequences of apportionment? More on that later, but until then, keep the following consequences in mind:

1.  Enlarging the litigation with more businesses sued.  Necessarily having to sue anyone and everyone who the  at fault defendant could possibly blame for the plaintiff’s injuries;

2. Untold thousands of dollars, mainly insurance policy dollars, being spent to litigate the issue and the creation of an entire new body of case law trying to determine what the Georgia Legislature actually meant when it passed “apportionment;”

3.  Protracted litigation with no end in sight.  Defendants are trying to blame anyone but themselves, and if a court won’t allow it, they appeal the trial court’s ruling, making longer an already laborious litigation process;