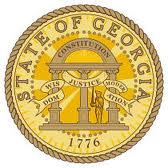 Maybe you are asking yourself: why? Why attempt to make it illegal for a loved one to videotape the treatment their elderly parent is getting at a nursing home or long-term care facility?  How is that a political issue?  Wouldn’t everyone think that is a good idea? I suppose everyone except the folks who own nursing homes and long-term care facilities and everyone except those who receive funding from nursing home and long-term care owners. Look to see whose ox is gored with the Nuckles case and that will tell you who was in favor of criminalizing a loving act of documenting the treatment your elderly loved one is receiving.  Let’s hope the Legislators who promoted such a bill look at themselves in the mirror and place themselves in the shoes of someone who wants to protect their loved one and have a change of heart on this bill. It is best just to let it go and never come back up again. Nuckles should remain the law of Georgia.

Robin Frazer Clark pursues justice for those who have personal injury claims as a result of being injured in motor vehicle wrecks, trucking wrecks, defective products, defective maintenance of roads, premises safety, medical malpractice and other incidents caused by the negligence of others.  Ms. Clark was the 50th President of the State Bar of Georgia, is a Past President of Georgia Trial Lawyers Association, a Past President of Lawyers Club of Atlanta and has practiced law in Georgia for 32 years. She is a Fellow of the International Society of Barristers.  Mrs. Clark is listed as one of the Top 50 Women Trial Lawyers in Georgia. Ms. Clark is the co-host of the podcast “See You In Court.” Robin Frazer Clark~Dedicated to the Constitution’s Promise of Justice for All.