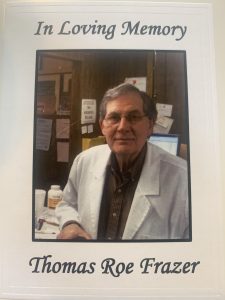 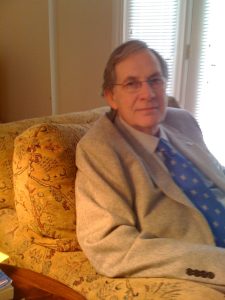 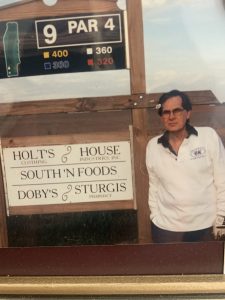 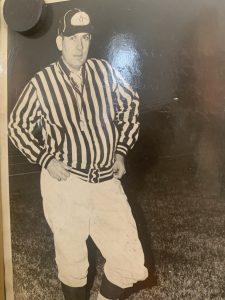 Thomas Roe Frazer lived a life of servanthood his entire life. Born on May 20, 1936, in Marion, Kentucky, Tom died peacefully in his sleep on October 14, 2022, in Nashville, Tennessee. Tom Frazer lived most of his life in Sturgis, Kentucky, as the owner of and registered pharmacist at the Sturgis Pharmacy starting in 1963. He was a pillar of Sturgis and the greater Union County community for 60 years. He is survived by his children Thomas Roe Frazer II (Sandy) of Nashville, Joseph Atchison Frazer (Katherine) of Miami, Florida, and Robin Frazer Clark (Bill) of Atlanta, Georgia, as well as seven grandchildren and five great-grandchildren. He was predeceased by his dear wife of 63 years, Patricia Teasley Frazer.

Tom Frazer lived a wonderful life. He loved his Church, Sturgis UMC, his wife, his children, his work, and his recreation. He served in the Church his entire life, and always put others ahead of himself, practicing the Golden Rule in his daily life. He was a friend to many, some who knew him as their trusted pharmacist, many who knew his golden heart, and all who knew his love for life and the lives of others. For the few who knew him as Daddy or Papa, he was the best earthly father and grandfather ever. While Tom’s lifetime accomplishments were many, he cherished his family the most.

Tom grew up in a drugstore, City Drug Co. in Marion, Kentucky, the son of pharmacist Ted Frazer, Sr. and Melba “Babe” Frazer. His home was a five-minute walk away from his father’s drugstore. His Church, Marion United Methodist, was in his backyard, and his schoolhouse just across the street. He was an athlete, starring in football and baseball, even playing semi-pro baseball as a teenage catcher for the Fredonia Red Hots. He loved basketball enough to become the youngest (while still a teen) certified basketball official in the state of Kentucky. He was also a top referee for 30-plus years for Kentucky high school football, officiating in the state championship games in Louisville. As a boy, he loved to hunt quail and duck in the beautiful woods of Crittenden County, and fish at Kentucky Lake. His paternal grandfather, Thomas Atchison Frazer, was the doctor in town, and his maternal grandfather, William Roe Williams, taught him about life as a farmer.

Tom Frazer graduated Marion High School in 1954, and enrolled at the University of Kentucky during the golden years of Adolph Rupp and became friends with players on the Wildcats. Tom was a member and President of the Sigma Phi Epsilon fraternity at U.K. and cheered the Cats onto victory in Adolph Rupp’s last NCAA Championship in 1958. He was a member of R.O.T.C. at U.K., and later served in the Kentucky National Guard, stationed at Ft. Knox.

While at U.K., as providence would have it, he had to spend time at the Louisville campus of the U.K. Pharmacy School. It was in Louisville where his apartment was in the same complex as Patricia Teasley, a West Virginia coal miner’s daughter, who became the love of his life. Upon graduation, Tom and Pat were married in 1958 in Dallas, Texas, and took their honeymoon at the Peabody Hotel in Memphis, Tennessee. Shortly thereafter, they moved to Clarksville, Tennessee where Tom had his first job as a pharmacist. After two years in Tennessee, Tom moved his family (pregnant Pat and their baby boy) to his beloved western Kentucky to Morganfield, where he was employed as a pharmacist at Waller’s Drugstore and a member of the Morganfield Jaycees. While in Morganfield, the family sustained a house fire that destroyed almost everything they owned.

Always wanting his own business, Tom moved the family to Sturgis, Kentucky in 1963, seizing the opportunity to buy the Sturgis Pharmacy, a place where he spent most of his life. He soon bought some land on Blueberry Hill in the woods he loved with a view of beautiful corn fields, building the family home until Pat and he moved into assisted living in Nashville in 2019.

Tom Frazer enjoyed a successful business, yet all the while he was a servant to others. He and other Sturgis business leaders led the efforts to expand the old Richman Brothers Pants Factory and then later efforts to keep it running, traveling to Cleveland to meet corporate executives. He helped coal miners with their health coverages. Tom started the Sturgis Mini Basketball League, giving many young boys their start, including Union County basketball legends like Freddie Cowan. He bought tennis shoes for kids that could not afford them. He allowed customers to use “store credit” to buy their prescription drugs, even though he knew he would never get paid back. He taught youth Sunday School, modeling the parables of Christ to his own children. He picked up litter from the roadsides. He volunteered for Kiwanis community events at the airport and helped initiate a summer festival, Sturgis Trade Days. Most of all, he always answered the phone in the middle of the night or on Sundays and met customers at the drugstore after hours to make sure they got the prescription drugs they needed. Tom cared for others all his life.

Tom loved the Sturgis Kiwanis Club, being a member of 50-plus years, and serving as President. He earned the distinction of Citizen of the Year by the Sturgis Chamber of Commerce, which he dutifully served throughout his business career. He was grand marshal of the Sturgis Trade Days parade. He served on the Board of the Sturgis United Methodist Church for decades. He employed many people at the Sturgis Pharmacy over the years, offering one of the more coveted high school jobs in Sturgis, that being the soda clerk at the drugstore. Tom loved Union County High School football, basketball, and baseball. He loved refereeing high school football and basketball games, and his “crew” became some of his closest friends. He made every game in which his two sons played.

If anyone “bled blue” it was Tom Frazer. He loved the University of Kentucky. Pat and he were longtime season ticket holders at Rupp Arena, and they enjoyed going to games and staying overnight in Lexington. Tom took his family to the Final Four in 1978 in St. Louis where the Cats won the NCAA Championship with two Union County Braves on the team. Speaking of St. Louis, Tom loved the Cardinals as much as the Wildcats. Before the advent of every game on TV, he listened to every Cards game on the radio. He attended Cards games every year with his family, and he was in the old Busch Memorial Stadium on the night it opened in 1966. He had entire friendships built around mutual love of the Cardinals.

Tom also loved the game of golf. Breckenridge Golf Club was his Augusta. He loved the course, the people who worked there, and the many golfers around Union County, passing down his love of golf to his children with the patience of Job. Golf allowed him to keep the friendships he had with men in Morganfield and Uniontown and always gave him the opportunity to drive to Waverly after a round of golf for his favorite restaurant, Peak’s BBQ. He supported Breckenridge Golf Course and later the Sturgis Golf Course not only with his presence, but with his financial resources, too.

Tom never, ever wanted to leave Sturgis. After he moved into assisted living in Nashville, all he talked about was Sturgis and his friends. He missed the Sturgis Pharmacy life more incredibly than he ever thought he would when he retired. When the store closed a few years after he sold it, it was probably the worst day of his life, a real gut punch. He missed Kiwanis and the camaraderie he had with the men there. He missed going to the IGA. He missed Peak’s and he missed Arnold’s Country Kitchen, and of course, the old Coach’s Corner. He missed the golf course, his Church, and his community. He missed going to games at UCHS. He missed WMSK every morning. He missed the beautiful people and scenery of Sturgis and Union County. If he ever wrote a love note to anyone other than his wife and children, it would have been to all of you in Sturgis and Union County. So to you from Tom Frazer, “Thank you for being a part of my wonderful life. I love you all.” Psalm 16.

Robin Frazer Clark is a trial lawyer who pursues justice for those who have personal injury claims as a result of being injured in motor vehicle wrecks, trucking wrecks, defective products, defective maintenance of roads, premises safety, medical malpractice and other incidents caused by the negligence of others.  Ms. Clark is the 50th President of the State Bar of Georgia, a Past President of Georgia Trial Lawyers Association, a Past President of the Lawyers Club of Atlanta and has practiced law in Georgia for 34 years. She is a member of the International Society of Barristers and of the American Board of Trial Advocates. Mrs. Clark is listed as one of the Top 50 Women Trial Lawyers in Georgia and is a Georgia Super Lawyer. Ms. Clark is the co-host of the podcast “See You In Court,” sponsored by the Georgia Civil Justice Foundation.  Ms. Clark has tried over 75 jury trials and argued in Georgia Appellate Courts over 45 times.