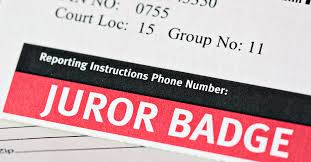 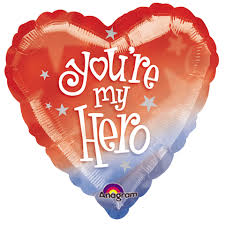 Yesterday I was in the Chicago O’Hare airport after taking the deposition of a defense expert anesthesiologist at the University of Chicago and sat down for lunch next to a nice couple from the Boston area.  We started talking and I, of course, told them I am a plaintiff’s personal injury trial lawyer from Atlanta in Chicago for the purpose of taking an adverse expert witness’s deposition. They were mesmerized. We talked a bit about the case which led, predictably, to their telling me about their personal experiences with both the Criminal and Civil Justice Systems.

The husband of the nice couple told me about  his experience in serving on a criminal jury as the foreperson. Like most folks facing jury duty, at first he was upset about missing work, resented being herded around the courtroom like cattle and being kept in the dark about what was happening, and was overall just unhappy about being forced to take part in the entire process.  Yet, as the testimony came in and the trial moved on,things, including his attitude, changed.  The case was about a man, the defendant, who allegedly had abused his three year old son.  The man had taken his son away from the child’s mother’s home but the mother wasn’t even aware of it. The evidence against the father was, apparently, overwhelming.  My new buddy, who was telling me about his experience, was picked to be the foreperson of the jury. He immediately felt an enormous weight on his shoulders to do the right thing. Not all of the jurors at first wanted to convict, even though he felt the evidence to do so was overwhelming.  Some of the jurors wanted to hear some of the testimony again, some of them wanted to see pieces of evidence again. They wanted to be sure.  In the end, the jury voted unanimously to convict. My new friend said that when he read the verdict out loud in the courtroom, he felt an enormous sense of duty and pride. He felt moved to tears. The jurors, to a person, took their duty very seriously and followed the court’s instructions unwaveringly.  He felt like he was the little boy’s hero.  Now, looking back, he hopes he’ll get the chance to serve on a jury again.  Both he and his wife said that if they were ever the parties in a trial, they would want people like themselves serving on their jury.

Fascinating story, but I’m not surprised. This is often the story I hear from people who have served on juries, criminal or civil.   The sense of duty is extremely strong. By serving on a jury, you are breathing life into the United States Constitution and doing your part as a citizen to make our judicial system work. Without jurors, the system would collapse and we would cease to be a democratic nation.  Jurors ensure that a person’s constitutional rights to a fair trial by a jury of his or her peers is protected.  That is not overstating things. And something about being in the formal courtroom, where lives are at stake, where injured plaintiffs seek to have the harms done to them balanced by damages from the wrongdoer, makes that sense of honor and duty to your nation come alive. Jurors are the heroes of victims of crime and of those citizens who are personally injured through no fault of their own. The courtroom is the great Equalizer, where the son of the richest man in America is the equal of a homeless person, and where the smartest graduate of Harvard University is the equal of a high-school drop-out. All persons are treated equally in a court of law.