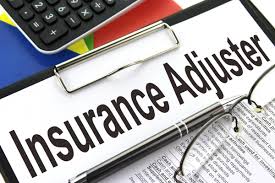 Let’s say you have been injured in a car wreck, or in a fall at a store, and the insurance adjuster for the insurance company of the at-fault driver or of the store owner calls you after your injury. They often want to take a recorded statement (which you should NOT give unless you have your lawyer present) about what happened, how you were injured and what your injuries are. Then they might reassure you that they “are there for you,”  and will be looking forward to resolving your claim with you, “don’t worry, everything will be okay,”  or “we’ll take care of you, just let us know when you have finished your medical treatment.”  Makes you feel better, right? So comforting and reassuring. You might even be thinking you can settle your personal injury claim without even having to hire a trial lawyer.  After all,  a trial lawyer will have to be paid for her work and if you can just handle this on your own with this very nice, concerned insurance adjuster, that’s more money for you, right?

One thing that is patently clear that I have come to understand in practicing personal injury law for 30 years in Georgia:  insurance adjusters are not your friends. They are trying to prevent you from being successful on a personal injury claim. They may even resort to trickery, subterfuge, and downright lies.

A recent verdict in Georgia is a cautionary tale and proves my point. My friends Carl Varnedoe and Billy Ned Jones, from Hinesville, Georgia, represented a man who had been severely injured in a fall on board a cruise ship. Their client was walking on the first deck of the ship when he fell through a hatch a crew member left open and had placed chairs around.  He suffered a head injury and fractured his spine. In the weeks following this severe injury, the ship’s insurance carrier contacted the man and his wife, even sending out an adjuster (who also happened to be a lawyer in Missouri) to meet with the couple on numerous occasions and called them at least 70 times.  Each time the insurance adjuster would assure the couple they would pay for their medical expenses, they would settle the personal injury case with them, and they had nothing to worry about regarding their legal claim against the ship.   When the couple eventually did hire a lawyer, Mr. Varnedoe and Mr. Jones, the ship’s insurance agency pulls a fast one on them and claims the couple’s statute of limitations, which is the deadline for filing a lawsuit, had run because instead of the usual two years to file a suit, the ship had shortened that time to just one year and it was written on the back of their cruise ticket. No, I”m not kidding and I am not making this up.  The defendant moved to dismiss the lawsuit on the basis that the shortened statute of limitations printed on the back of the cruise ticket had run.

The couple then hired their lawyers.  Trial lawyers Varnedoe and Jones fought back and won.   What they discovered in beating back the defendant’s motion to dismiss is the insurance adjuster, who was also a lawyer in Missouri, knew all along that they would assert the 1 year statute of limitations as a defense against the couple and developed a strategy to lull the couple into a trap and string them along for a year and a day and then tell them, sorry, no luck, your lawsuit is barred.  In October 2015 the insurance adjuster sent an email to Allianz, the insurance company, and the cruise line saying the boarding pass language was “there in bold print. I think it’s enforceable which means if [he] does not file suit within one year, he is barred. I think we stay put until a year expires, then have a heart to heart with them.” So they were deliberately and intentionally stringing the couple along, just waiting until the 1 year deadline ran, to be able to say “Gotcha!”

But as Coach Lee Corso would say:  Not so fast! In step our heroes, the two trial lawyers, Billy Ned Jones and Carl Varnedoe, who represented the couple in this fight.  They first defeated the insurance company’s motion to dismiss by using equitable principles in Admiralty law that prevent that 1 year deadline from applying if fraud or chicanery had been used, which it had.

The Court refused to dismiss the lawsuit on that basis, which was essentially fraud. Then Billy Ned and Carl prepared for trial.  I spoke with Billy Ned about the trial and he emphasized how wonderful their client was and how deserving. Their client had worked for Georgia Power for 44 years, and for another company after that, essentially having worked “all his life.”  He was looking forward to retirement when he fell on the cruise ship. Now, despite several back surgeries, he is in constant, debilitating pain which has, obviously, changed his plans for his long-awaited retirement. Billy Ned says his client is “a real gentlemen, genuine and humble.” The case was tried by a Glenn County jury this past week, which rendered a verdict in favor of the couple in the amount of $2,236,850 in damages.  Justice was served.  We will all wait to see if the Defendant appeals the verdict.

Two morals to this story:  Never, ever rely on what an insurance adjuster tells you about your personal injury claim and hire a trial lawyer to represent you.  Don’t go it alone.

Stay safe out there!