Many of you readers know I have often blogged, tweeted and spoken in public about suicide and what we as someone’s friends, family or colleagues can do to recognize a real suicidal threat and what we can do to get help to someone before he or she attempts to take his or her own life.  We know so much more about suicide today than we did just 20 years ago.  I would venture to say that what we thought about suicide and it’s causes 100 years ago would border on naivete, akin to treating leukemia with leeches.  For example, today we know that means restrictions, preventing access of the means or instruments to kill oneself, dramatically lowers the suicide rate, where 100 years ago we simply concluded if someone is suicidal it could not possibly be prevented. In a recent Harvard School of Public Health study, it was shown that if someone who is suicidal is simply prevented from having access to the means to commit suicide one time, 90% of those who had wanted to kill themselves but did not have access to the means or instrument (guns, drugs, rope) to kill themselves did not attempt suicide again.  Cyberbullying has become a leading cause of teen suicides. Social media has been at the root of numerous teenage suicides, especially where embarrassing photos or videos are posted online, which then go viral and are be seen by hundreds of classmates before the next day of school. This type of cyberbullying, using compromising or embarrassing images, has become so prevalent in our schools that many states are enacting legislation to criminalize it. This fact alone suggests suicide following cyberbullying is predictable.

Probably one of the most well-known and saddest cases of cyberbulling was the case of Tyler Clementi, an 18 year old freshman at Rutgers University, who jumped off the George Washington bridge into the Hudson River, killing himself. Tyler’s roommate had secretly filmed him having a private, sexual encounter with another male in Tyler’s dorm room. The roommate then live-streamed the intimate encounter on the internet. Would anyone doubt that Tyler would have been suicidal following a livestreaming of his most private, intimate moment in his own room? Studies have shown that cyberbullying, especially when it involves intimate photographs or videos, leads to an increased risk of depression and suicidal ideation.  Thus, it has become foreseeable and even highly likely that a young person may want to commit suicide after experiencing sexual or intimate cyberbullying.   Who could blame them?

Which brings me to City of Richmond Hill v. Maia, S16G1337, Supreme Court of Georgia, May 30, 2017.  You may remember I have written about this tragic case before, in my June 9, 2016 blogpost “Who Is Legally Responsible for a Suicide?”  I was writing about the decision by the Georgia Court of Appeals at that time.  To remind of you of the horrible facts in Maia, this is what I wrote then:

END_OF_DOCUMENT_TOKEN_TO_BE_REPLACED 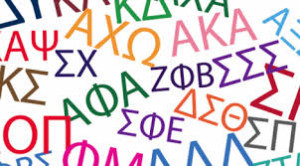