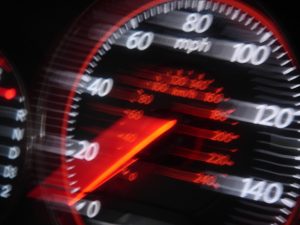 You may recall that I wrote a blog about a case that occurred in here in Georgia in which a husband and wife sued Snapchat (now known as Snap, Inc.) for negligent design of their “app” because the app promoted using it while a driver was driving at a high rate of speed as it recorded your speed for you to share (brag) with all of your friends and followers. The speed filter allows a driver behind the wheel to document his or her speed by “snapping” a picture while the car is in motion. On this one particular night, a teenage driver allegedly opened her Snapchat app while driving as an attempt to snap a picture of her car reaching 100 mph. The driver allegedly, according to the Complaint, accelerated until reaching approximately 107 mph before she realized another driver had pulled onto the road. She crashed into him at full speed. Both cars were totaled, leaving multiple people with tremendous injuries – both physical and psychological – and thousands of dollars in expenses.

That happened in 2015. Somewhere along the last seven years Snapchat filed a Motion to Dismiss the lawsuit and the trial court granted it. The plaintiffs appealed and the Georgia Court of Appeals affirmed. But now, in 2022, seven years after the original wreck, the Georgia Supreme Court has ruled against Snapchat and in favor of the Plaintiffs to permit the lawsuit to proceed. Justice Verda Colvin wrote the opinion of the Supreme Court, which was not unanimous. There were three special concurrences and two dissents, and two justices did not participate in the opinion.  The issue presented here was whether Snapchat owed a legal duty to the Maynards on the basis that a manufacturer’s duty to design reasonably safe products  extends to people injured by a third party’s intentional and tortious misuse of the manufacturer’s product. Maynard v. Snapchat, Inc., S21G0555, 2022 WL 779733, at *1 (Ga. Mar. 15, 2022) The Georgia Court of Appeals said “no.” The Georgia Supreme Court said “yes.” And there you have it. The Georgia Supreme Court’s opinion carries the day. But the plaintiffs still have a long way to go. The Supreme Court remanded (sent back) the case to the Georgia Court of Appeals with the instruction “to address whether the trial court erred in dismissing the Maynards’ claims against Snap and in granting judgment on the pleadings to Snap for lack of proximate causation.” This means the lower appellate court must now analyze the case from the standpoint of whether the Snapchat speed filter actually caused the wreck or was it merely the negligent driving of the teenage driver that caused the wreck.  This is a 56 page opinion issued by the Supreme Court, so it is clear that the Court spent a great deal of time and thought on this matter. That is all you can ask for. But, with two dissents and three other special concurrences, you couldn’t call this a “ringing” endorsement of the cause of action. And, the Supreme Court may see the case a second time before a jury ever does, because depending on how the Georgia Court of Appeals rules, it is likely to go back up to the Supreme Court on the issue of proximate causation. I think, realistically, it will probably be 2025 (the 10 year anniversary of the wreck) before it may get in front of a jury.

That should show you a couple of things. First, the wheels of Justice often grind slowly. Recently, I had to testify in a deposition to authenticate a videotape of DeKalb Avenue for an attorney who has a case pending against the City of Atlanta regarding the reversible lane lights. I had taken that videotape in 2012, ten years ago. And that case was just getting to trial. Secondly, it should show you the tenacity of the lawyers representing the Maynards in this case.  You can also say that about the defense attorneys in the case, but they have been getting paid for their work for the last seven years; the plaintiffs’ attorneys have not. When a plaintiff’s attorney decides to take a case, she or he has to decide to see it to the end, knowing the life of the case may last years before resolution. This is the agreement we make with our clients when we accept a case. We must fight nonstop for our clients. So hats off to the Maynards’ attorneys.