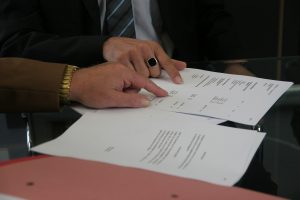 The Open Records Act, otherwise known as the Georgia Sunshine Law, provides access to public records of government bodies. This includes basically any record that is held by a public agency, including documents, computer data, photographs, and video. The Open Records Act and other similar state laws are derived from the Freedom of Information Act, which was designed to increase transparency and confidence in public agencies by allowing citizens to identify issues in public offices. Laws like this have now been considered a crucial component in how our government works, allowing for informed participation in the democratic process.

Unless specifically made exempt, all public records should be accessible to you, or any other citizen. You also do not need to provide any reason for accessing the information. If your request is denied, the organization must provide a citation of the law that prohibits them from giving you the documents.

Some organizations may require you to pay fees to accommodate your request, which has been a cause of concern. In the past, fees as high as 660 million dollars have been requested to access documents through the Freedom of Information Act, effectively preventing access to what is supposed to be public information.

It’s common for news agencies to use these laws to get information for use in articles, but even more frequently, law firms use the Open Records Act to gain valuable evidence for their case. When a lawyer conducts a request for information, their occupation or intent of using the information in court does not have any effect on the process. They still do not need to provide a reason for the request, and they cannot be denied unless the records are protected; however, they do not gain any special privileges either. Their request will be handled in the exact same manner as for any citizen.

Because the police are a public institution, the Open Records Act also includes police body camera footage, records, and 911 calls. These pieces of information are often some of the best available to a lawyer. They often provide context for what was going on at the time of the incident, or a perspective we otherwise wouldn’t have.  It is my practice to order all possible such evidence immediately after being hired on a case.