It seems that in New Jersey, physicians are forcing their patients to give up their rights to sue the doctor in the event of malpractice before the doctor will even agree to see the patient. To read the full article, click here.
Let’s hope this doesn’t make its way to Georgia…otherwise, hundreds of Georgia citizens will be involuntarily forced to give up their constitutional rights, under the Georgia Constitution, to hold a doctor accountable for that doctor’s negligence or carelessness. Unfortunately, noneconomic damages in Georgia are already capped at $350,000.00, a drop in the bucket if you are talking about someone’s life. The Georgia General Assembly decided that was the value of the life of a Georgia citizen, their constituents, when it passed SB3 in 2005. My guess is that if pressed on the issue, no Georgia Legislator would dare agree that the value of the life of one of his sons or daughters amounts only to a mere $350,000.00. But that’s what the Georgia Legislature has told Georgia citizens their lives are worth. The largest medical malpractice insurer in Georgia, MAG (Medical Association of Georgia) Mutual, promised to lower their malpractice insurance premiums in exchange for SB3 and a cap on damages, but MAG hasn’t lowered premiums yet, two years after the passage of SB3, and I wouldn’t hold my breath waiting for MAG to do so anytime soon.
And let’s think about this…what kind of healthcare do you think you’re going to get if the doctor knows he won’t have to responsible for his mistakes? 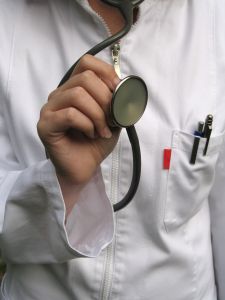 It’s fair to say any such move to limit liability even more than it already is will not increase the level of healthcare that Georgia citizens receive. And what does that do to your physician/patient relationship after your doctor refuses to see you until after you have signed away all your rights? Unfortunately, physicians don’t have the same degree of motivation as airline pilots have not to make mistakes. Airline pilots go down with the plane if they are careless…loss of the pilot’s own life is a pretty good motivator to work with the utmost care. Physicians, however, if they make a fatal mistake, do not go down with their patients. SB3, which limits a physician’s responsibility for his/her mistakes even more, only encourages an environment in which carelessness is no big deal.
I think Georgia citizens deserve better. I think the value of the life of a Georgia citizen is worth far more than a mere $350,000.00, any day, any time.