We can only hope so.

An Illinois Circuit Court yesterday held the cap on damages in Illinois to be unconstitutional. This took great courage by the Illinois Circuit Judge to call a spade a spade and she did just that, without regard for the inevitable political consequences her decision may have. 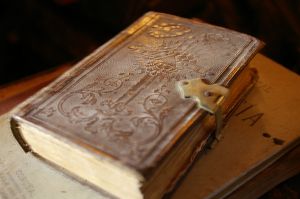 In the Illinois case, the ruling came in the case of Abigaile LeBron, whose family last December sued Gottlieb Memorial Hospital in Melrose Park and Dr. Roberto Levi-D’Ancona for not acting quickly enough when Abigaile’s mother began showing problems during her October 2005 birth. Abigaile was left with severe brain damage and other developmental problems. With such severe brain damage, there is no question that it will take millions of dollars to raise this child and to provide appropriate medical care for the rest of her life.

The Illinois cap on noneconomic damages is even more generous than the Georgia cap: in Illinois, the plaintiff’s recovery is limited to $500,000.00 against the physician and to $1 million against the hospital. Unfortunately, for Georgia citizens, our recovery here in Georgia in medical malpractice cases is limited to $350,000.00, a ridiculous, arbitrary amount assigned by the Georgia Legislature. Like Georgia’s law, the Illinois law went into effect in 2005. Georgia Trial Lawyers Association is looking right now for the appropriate case to challenge the constitutionality of the damages cap. Because a verdict above $350,000.00 may be necessary to be able to challenge it, it may be awhile before a case here in Georgia is ripe to take to the Georgia Supreme Court. Georgia citizens can only hope and pray that when that appropriate case finds its way there, the Georgia Supreme Court Justices will show as much courage and guts as did the Illinois Circuit Court judge did in finding that cap unconstitutional and that our Justices will also disregard any potential political ramifications of their all important decision. The Citizens of Georgia deserve at least this from the Georgia Supreme Court.