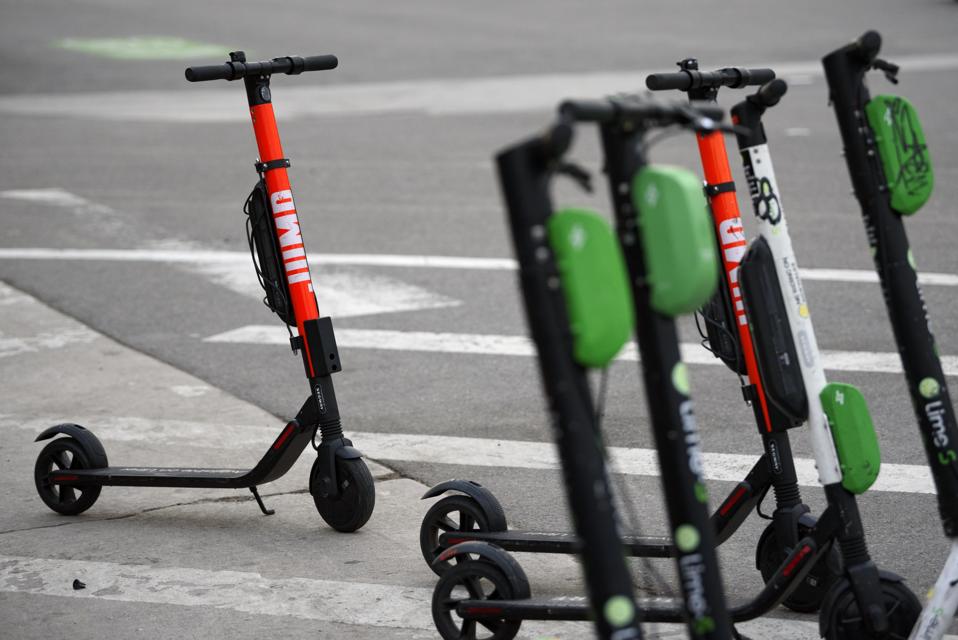 Does anyone else out there hate scooters?  For those folks still in denial about the risk/cost benefit analysis in riding scooters, you should know that scooter injuries  continue to climb.  A new report by the University of California San Francisco revealed Electric scooter-related injuries resulting in hospitalization more than tripled over five years nationwide.  The results showed nearly 40,000 injuries in the past five years, increasing from 6 per 100,000 people in 2014 to 19 per 100,000 in 2018. The number of hospital admissions — meaning injuries severe enough to require further medical attention — soared by 365% to nearly 3,300, the study found.

I’m not surprised. Are you?

Scooter injuries and even deaths have been in the news here in Atlanta nearly daily.  Mayor Keisha Lance Bottoms even outlawed use of scooters at night in the city due to four scooter-related deaths.  On any given day on my way to my office, which is in Downtown Atlanta, I see 2 or 3 near-catastrophic collisions with scooter-riders and cars or immovable objects. Surely, you have, too. Add a little alcohol consumed by tourists who think “it will be fun” to ride a scooter for the first time after having a few drinks, it is downright mayhem on our city streets.  I have seen two or even three people riding one scooter at a time. I have seen a scooter rider texting while scooting. I have seen a scooter rider with a back-pack on, drink in one hand and cell phone in the other. Anything goes.  It’s totally lawless!  Part of the cause of many scooter-rider injuries must be due to lack of skill and practice riding a scooter. “E-scooters have a narrow platform, can travel up to 15 to 20 miles per hour and require a level of coordination and skill that is often not native to many users,” said Aiza Ashraf, M.D., diagnostic radiology resident at the Indiana University School of Medicine in Indianapolis. “Whereas physical effort is required to get a bicycle up to speed, e-scooters are self-powering.”

The UCSF study suggests riders should wear helmets. Hey, there’s an idea! But that completely eliminates one of the reasons for ever stepping foot on a scooter, the spontaneity in quickly getting from one in-town spot to the next.  Potential scooter riders are not going to carry a helmet around with them just in case they spot a scooter they decide to ride. That’s just not going to happen.  And would a helmet really protect your skull or brain when you are scooting at 30 m.p.h. and hit a car going 25 m.p.h.?  One study, which was published in the American Journal of Otolaryngology, analyzed data from the Consumer Product Safety Commission’s National Electronic Injury Surveillance System, found the most commonly broken bones were the skull and nose, each at 27 percent of all cases. This was followed by neck and facial fractures.

I have received several calls from people who have been injured while riding scooters wanting me to represent them in a case against the scooter company. Invariably, they assert they know they did nothing wrong and that the scooter had to have malfunctioned. I have not yet accepted one of these cases because no rider has, as of yet, preserved the scooter. To be able to prove in a lawsuit that the specific scooter a person was riding malfunctioned and, therefore, caused the injury, the rider would have had to save that specific scooter so that it may be tested by an expert witness. This means as the rider is being placed into an ambulance, he or she would have to insist that the scooter either be placed in the ambulance with them or that a police officer take custody of it and preserve it. Who thinks to do that other than a plaintiff’s personal injury lawyer (or her children)?  No one. But that is what it takes; otherwise, the scooter company can blame the whole thing on the contributory negligence of the rider.  By the time the injured rider calls an attorney for help, that scooter has been picked up by some independent contractor, taken to different location where the scooter is charged and then placed again randomly in the city. It may have been ridden hundreds of times by other riders since the ride when it allegedly malfunctioned and injured the rider. See the problem?

And then there is the mandatory arbitration clause that every rider agrees to when he or she gets on a scooter that we need to talk about.  It really deserves it’s own blog post for another day.  it is a huge obstacle (no pun intended) to being able to bring any lawsuit for personal injury against the scooter company.  It is outrageous.  It will probably take a death case to justify challenging it and that will be a fun fight when it happens.

My 22 year old daughter, who is in law school, refuses to ride scooters, even though they are omnipresent on campus and many of her friends ride them. But she has seen for herself what damage they can do and she is her mother’s daughter, the daughter of a plaintiff’s personal injury attorney! My advice: stay off scooters.