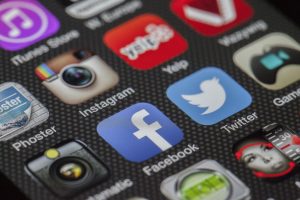 This begs the question: is the rise in social media leading to more danger on the roads? In the early 2000’s, talking on the cell phone was the main form of distracted driving, and eventually this graduated to texting and driving. But today, “sharing every moment of your life on social media is the thing to do,” and we see this on our own social media accounts when friends post selfies #whiledriving or post pictures of your local Baton Bob sighting.

So who is at fault when an accident occurs while a driver was using social media? In the Snapchat case, the  plaintiff’s attorney argued both the driver and the social media app were at fault. In this Instagram accident, should all of the blame be put on the young driver? Or is Instagram at fault as well for simply having a function where a user can post LiveFeed of what he or she is doing?

Something must be done to convince drivers not to use their phones while driving.  Every time we see a friend post a status about how terrible traffic is or a video of geese crossing the road, our first thought is probably not They really shouldn’t be posting while driving. This is likely due to our society making it seem socially acceptable to do just that. Until we learn from the unfortunate accidents of others and take seriously the dangers that we are risking by using social media — or any form of a device — while driving, we are making it the norm to do so and are adding fuel to an already raging fire. Fault definitely lies with the driver who is using his or her phone while driving, but does it also lie with the social media companies, who create apps that have the purpose of recording your speed while driving?  Nothing works to change corporate America’s behavior more than a good old fashioned lawsuit for money damages. After all, the only language corporate America speaks is money.  Only when juries start holding negligent companies who do not change the social incentives of using specific functions of their apps, like clocking their speed in a moving vehicle, responsible in courts of law will these social media companies will start changing their behavior. Unfortunately, how many people have to die before that happens?

Robin Frazer Clark pursues justice for those who have personal injury claims as a result of being injured due to motor vehicle wrecks, trucking wrecks, defective products, defective maintenance of roads, premises safety, medical malpractice and other incidents caused by the negligence of others.  Ms. Clark was the 50th President of the State Bar of Georgia and is a Past President of Georgia Trial Lawyers Association. She has practiced law in Georgia for 29 years and is a Georgia Super Lawyer. Ms. Clark is listed as one of the Top 50 Women Trial Lawyers in Georgia, and she is a barrister in the International Society of Barristers.  Robin Frazer Clark ~ Dedicated to the Constitution’s Promise of Justice for All.