Many of you know that as President of the State Bar of Georgia I began a statewide effort to reduce suicides among attorneys, which was occurring at an alarming rate. I created the State Bar’s “How To Save a Life” program and we set about educating our members about the warning signs of suicide, what to say and what not to say to a colleague or friend who you suspect may be contemplating suicide and the steps to take to help prevent suicide.  In the process, I learned a lot myself and suicide prevention has become a movement I hold dear, although I had certainly never even given it a second thought before I was faced with it in our membership as President of the State Bar. As a result of this learning process for me, I read just about everything I can on suicide.

Which brings me to the subject of this post: who is legally responsible for the suicide of someone else?  The recent Georgia Court of Appeals opinion in Mayor and City Council of The City of Richmond Hill v. Maia, No. A15A2334 (Ga. Ct. App. March 20, 2016), which may very well be one of the saddest cases I have ever read, answers that question in the context of city police officer and suicide victim and held the victim’s suicide was a reasonably forseeable consequence of the police officer’s negligent conduct where the police officer had a specific duty not to disclose the suicide victim’s confidential information.  The appellate court held that issue was one for the jury to decide and the case was remanded to the trial court for a trial. It is my understanding, however, that the City of Richmond has appealed to the Georgia Supreme Court and the case is on the Supreme Court’s July docket.

The facts of City of Richmond Hill are heartbreaking and very difficult to read and even imagine.  A young high school teenager attempted suicide by cutting her neck and stabbing herself.  Her mother placed her in a mental health hospital after the attempt.  The child stayed there for 9 days and then returned to her school.  As such things are with teenagers, the child’s suicide attempt became the talk of the school. According to her boyfriend’s testimony in the case “everybody knew after a couple of days what happened.” The City of Richmond Hill police department investigated the suicide attempt and as part of their official police investigation took photographs of the child’s injuries from the suicide attempt.  In what appears to be a horrific irony, one of the investigating police officers had a child who attended the same high school as the victim. The police officer became concerned  that his child did not appreciate the seriousness of the suicide attempt and so, in clear violation of the police department’s written policy entitled “Duty to Refrain from Disclosing any Information Relating to Police Activities,” showed the photographs of the victim to his daughter by accessing them through the police department’s computers. The police officer swore that he did not give them to his daughter or print them, but within days his daughter was showing these photographs of the victim on her cell phone to other students in the high school.

END_OF_DOCUMENT_TOKEN_TO_BE_REPLACED 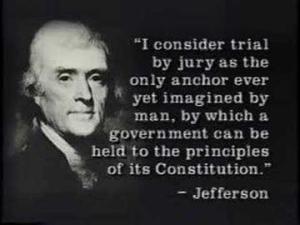