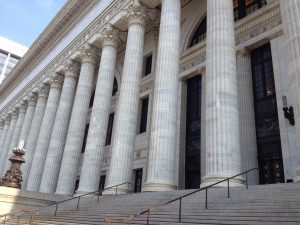 Often, when there has been a string of trial victories for the plaintiff, the defense bar overreacts and calls for a wholesale change in our Civil Justice System. This often includes a feigned outrage over plaintiff’s attorneys’ contingency fees, as if how a plaintiff’s attorney is paid for their success is the root of all evil in the Civil Justice System (or even any business of the defense attorney or the Court). Some defense attorneys even go as far as calling for an end to all contingency fees for plaintiff’s attorneys, or at least that some very small percentage be used as a cap, as if the Legislature has some authority to intervene in a lawyer’s ability to contract with her client. We know that some of this mock outrage by defense attorneys is all for show for their clients. But it sure gets old. Just see the look on their faces when you suggest that defense lawyers only get paid if they are successful at trial. They will end that discussion pretty quickly.

The constant attack of plaintiff’s lawyers and the contingency fees by which plaintiff’s attorneys are paid makes me think of the critical role contingency fees play in our civil justice system. It is not a stretch to say that without contingency fees, most injured plaintiffs would never be able to bring a case to seek Justice for their injuries. What person who has been seriously injured in a car wreck, for example, who cannot return to work due to those injuries and has no income coming in even to pay for groceries, could possibly afford to hire an attorney and pay him/her an hourly fee to bring a civil case for his injuries?  Add to that the fact that the average length of a civil lawsuit now is easily 3-5 years. No individual could possibly continue to pay an attorney an hourly fee for 3-5 years of work to bring a personal injury case for Justice, plus the necessary expenses to bring a case to trial. Enter the contingency fee. A contingency fee allows such an injured individual to hire a good trial lawyer who is willing to bear the risk and expenses of bringing such a personal injury case to trial for the individual. The client owes the attorney a fee only if and when the attorney is successful for the client. It works perfectly.

Yesterday, a Virginia Court pointed out this critical value of a contingency fee in a personal injury case.  In determining that a plaintiff’s attorney’s contingency fee of 1/3 of the recovery was reasonable, the Virginia Court noted: “A contingent fee may permissibly be greater than what an hourly fee lawyer of similar qualifications would receive for the same representation.” Restatement (Third) of the Law Governing Lawyers, supra, § 35 cmt. c. That is so because “contingency fee agreements transfer a significant portion of the risk of loss to the attorneys taking a case.” Portsmouth 2175, 298 Va. at 334, 837 S.E.2d 504 (quoting In re Abrams, 605 F.3d 238, 246 (4th Cir. 2010)). “A lawyer might expend considerable effort” only to recover nothing. Id. Or “a lawyer may expend minimal time on a case and obtain a full recovery.” Id.  Moncrieffe v. Deno, 0342-22-2, 2023 WL 362445, at 4 (Va. Ct. App. Jan. 24, 2023).  The Moncrieffe Court took the opportunity to sing the virtue of contingency fees and their necessity in a fair and smoothly working civil justice system. See generally Restatement (Third) of the Law Governing Lawyers, supra, § 35: “Contingent-fee arrangements perform three valuable functions. First, they enable persons who could not otherwise afford counsel to assert their rights, paying their lawyers only if the assertion succeeds. Second, contingent fees give lawyers an additional incentive to seek their clients’ success and to encourage only those clients with claims having a substantial likelihood of succeeding. Third, such fees enable a client to share the risk of losing with a lawyer, who is usually better able to assess the risk and to bear it by undertaking similar arrangements in other cases (cf. Restatement Second, Agency § 445.”  Moncrieffe v. Deno, 0342-22-2, 2023 WL 362445, at 4 (Va. Ct. App. Jan. 24, 2023).

The Fourth Circuit Court of Appeals, deciding a Pennsylvania case, agreed that a contingency fee is essential to the ability of an individual to secure justice when that individual has been wronged. In In re Abrams & Abrams, P.A., 605 F.3d 238, 245 (4th Cir. 2010), the Court noted this about contingency fees:
“As an initial matter, contingency fees provide access to counsel for individuals who would otherwise have difficulty obtaining representation. Sadly, a plaintiff sometimes has little to offer a lawyer other than his personal plight. As an advocate before the Kentucky Supreme Court noted as early as 1823, in the absence of contingency fees a client “may not have any thing else to give, and without the aid of the matter in the contest, he can never sue for his right, not having otherwise the means to employ counsel.” Rust v. Larue, 14 Ky. (4 Litt.) 411, 421 (1823) (quoted in Peter Karsten, Enabling the Poor to Have Their Day in Court: The Sanctioning of Contingency Fee Contracts, A History to 1940, 47 DePaul L.Rev. 231, 238 (1998)).Nor has that rationale changed with time. The Second Circuit has explained that, “[m]any claimants … cannot afford to retain counsel at fixed hourly rates … yet they are willing to pay a portion of any recovery they may receive in return for successful representation. Ignoring reasonable contingent fee agreements or automatically reducing them would impair claimants’ ability to secure representation.” Wells v. Sullivan, 907 F.2d 367, 371 (2d Cir.1990). While the various amici in this case debate whether contingency fees encourage or discourage insubstantial suits where the chance of recovery is slight, that ongoing argument is beyond the power of this court to resolve. The point remains that contingency fees are an acknowledged feature of our legal landscape, approved by legislative and judicial bodies alike, that help secure for the impecunious access both to counsel and to court. See, e.g., 28 U.S.C. § 2678 (allowing contingency fees in suits against the United States under the Federal Tort Claims Act). “[A]ccepting reasonable contingency agreements … increases the likelihood that a claimant can find an attorney sufficiently committed and skilled to litigate successfully.” Wells, 907 F.2d at 372.”

The Abrams Court noted: “The contingency agreement was, as the saying goes, the key to the courthouse door that allowed Jerry Pellegrin to retain the attorneys who eventually provided for his son’s ongoing needs. The district court erred in failing to consider the access to the legal system that contingency fees like the ones herein provide.” The Abrams Court further explained the nature of the extreme risk that a plaintiff’s attorney undertakes and accepts when bringing a personal injury case and that accepted risk, in and of itself, helps police the cases brought as only likely meritorious cases can be brought with any regularity if the plaintiff’s attorney is to have a viable law practice.

“[C]ontingency fee agreements transfer a significant portion of the risk of loss to the attorneys taking a case. Access to the courts would be difficult to achieve without compensating attorneys for that risk. The risks a lawyer assumes are not dissimilar to those undertaken, for example, by a realtor on commission, who accepts the possibility of no sale as well as the potential reward of a quick transaction. In addition, it may be necessary to provide a greater return than an hourly fee offers to induce lawyers to take on representation for which they might never be paid, and it makes sense to arrange these fees as a percentage of any recovery. “[M]any attorneys are unwilling to accept the risk of nonpayment without a guaranteed contingency percentage of the recovery.” Wells, 907 F.2d at 371. In other words, plaintiffs may find it difficult to obtain representation if attorneys know their reward for accepting a contingency case is merely payment at the same rate they could obtain risk-free for hourly work, while their downside is no payment whatsoever.Conversely, an attorney compensated on a contingency basis has a strong economic motivation to achieve results for his client, precisely because of the risk accepted. As the Seventh Circuit has explained, “[t]he contingent fee uses private incentives rather than careful monitoring to align the interests of lawyer and client. The lawyer gains only to the extent his client gains.” Kirchoff v. Flynn, 786 F.2d 320, 325 (7th Cir.1986). A contingency fee “automatically handles compensation for the uncertainty of litigation” because it “rewards exceptional success, and penalizes failure.” Id. at 326. Because the district court’s ruling failed to recognize that contingency fees provide attorneys due consideration for the risk they undertake, it reduced counsel’s fee to a level that few attorneys would have accepted at the outset of litigation, when success was by no means assured and the size of any settlement or judgment was unpredictable.
In re Abrams & Abrams, P.A., 605 F.3d 238, 246 (4th Cir. 2010).
I am not sure I could have said it better myself. Contingency fees are an absolute critical aspect of having a truly just Judicial System. No individual would be able to secure Justice without them.

Robin Frazer Clark is a trial lawyer who pursues justice for those who have personal injury claims as a result of being injured in motor vehicle wrecks, trucking wrecks, defective products, defective maintenance of roads, premises safety, medical malpractice and other incidents caused by the negligence of others.  Ms. Clark is the 50th President of the State Bar of Georgia, a Past President of Georgia Trial Lawyers Association, a Past President of the Lawyers Club of Atlanta and has practiced law in Georgia for 34 years. She is a member of the International Society of Barristers and of the American Board of Trial Advocates. Mrs. Clark is listed as one of the Top 50 Women Trial Lawyers in Georgia and is a Georgia Super Lawyer. Ms. Clark is the co-host of the podcast “See You In Court,” sponsored by the Georgia Civil Justice Foundation.  Ms. Clark has tried over 75 jury trials and argued in Georgia Appellate Courts over 45 times.