I am thrilled to hear that the Consumer Product Safety Commission will be launching a new website on which consumers may search for a product by name or type to see what safety issues may arise with that product. This is long overdue and I believe will prevent numerous injuries caused by defective products.

The CPSC, a relatively small federal agency of about 530 employees, has jurisdiction over more than 15,000 kinds of consumer products used in homes, sports, recreation and schools. It does not, however, have any actual real recall power, and the decision whether to recall an unsafe or defective product still rests with the manufacturer. I think that is a misperception that alot of people around the U.S. probably have, i.e., that the CPSC has some enforcement mechanism to mandate removal of unsafe products. It does not. The consumer has to be proactive in searching out information about certain products and the new CPSC website will help. The new CPSC website is not expected to be up and running until March 2011, so check it then. In the meantime, you may still gather alot of information about any product you may suspect has a problem at the CPSC’s current website, www.cpsc.gov. 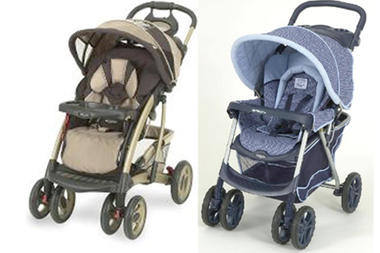 Graco has recalled at least two million strollers due to the potential for strangulation of infants. These strollers have already killed four babies. The Graco stroller recall was, apparently, prompted when babies were getting their necks stuck under the tray. Check the serial number of your stroller and if you own one of the recalled lots, STOP USING your Graco stroller IMMEDIATELY! Here is a list of the recalled products.

The Graco recall is so extensive and serious that it has prompted Federal review of all stollers.

This is not the first time Graco has had problems with their strollers. You may recall a recall in January of this year due to the tendency of Graco strollers to cause fingertip amputation of the babies riding in these strollers.

END_OF_DOCUMENT_TOKEN_TO_BE_REPLACED 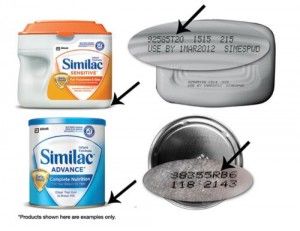 In what has been little publicized, Abbot Nutrition has recalled some of its Similac and Isomil Infant Formula. An internal quality review detected the possibility of the presence of a small common beetle in the product produced in one production area in a single manufacturing facility. There is a possibility that infants who consume formula containing the beetles or their larvae, could experience symptoms of gastrointestinal discomfort and refusal to eat as a result of small insect parts irritating the GI tract. The presence of e. coli bacteria has been found in some infants. Long term effects could include kidney damage.

All Similac powder formula in rectangular plastic tubs is being recalled. You may find the specific serial numbers and recalled lot numbers on Abbott’s website.

Consumers should discontinue use of these products immediately. If you have already used some of this product, save what you have left. You should have your child checked immediately by a physician.

Consumer Reports has just issued its report on the twelve most dangerous supplements and I want to share those with Georgia readers so they know what to avoid. The Today Show on NBC also ran a feature on it this morning. The supplement industry continues to be one of the largest non-regulated industries in the United States, which is a BIG problem. The FDA (U.S. Food and Drug Administration) does NOT regulate the supplement industry and has no jurisdiction or authority to make it do anything.

This includes putting a full and complete ingredient list, including the concentration of each drug, on the label of the bottle, For example, in some tobacco addiction supplements, manufacturers have actually used arsenic, a deadly chemical that has been used to kill unknowing people. You would think that consumers might want to know what they are ingesting into their bodies. Worse, though, is sometimes only the first three letters of an ingredient are listed on the label, making it impossible for the consumer trying to take safety precautions, from knowing exactly what he or she is taking.

The tweleve most dangerous supplements, according to Consumer Reports, are:

END_OF_DOCUMENT_TOKEN_TO_BE_REPLACED

Congress is considering a total ban on the manufacture and sell of drop-side cribs. The fact that Congress is even discussing this indicates how truly dangerous they must be, because, as we all know, the United States Congress moves at a glacial pace (read “slow as cold molasses as we say in Kentucky) and the fact that Congress is even now addressing the issue indicates how serious the hazard of drop-side cribs must really be.

Those of us who are parents of older children most certainly raised our children using drop-side cribs. They saved us from an untold number of backaches. No doubt none of us would have used them had we only known what a terrible danger they posed to the safety of our babies, the most precious things on Earth to us. When my children were infants, I was aware of a potential danger of having too much space between the mattress and the crib railings. We were told by our physicians that an infant could scoot between the mattress and the side of the crib and become wedged there and suffocate. The test was to make sure you could get nothing more than your fingers between the mattress and the side of the crib. The current danger being investigated is similar, but occurs when a piece of hardware from the crib is missing or the drop-side is installed incorrectly, which can easily occur.

Representative Kirsten Gillibrand from New York is leading the charge in Congress. “There’s a great urgency here. We have to make sure that no parent is unaware that drop-side cribs could kill their children,” Sen. Kirsten Gillibrand, D-N.Y., said in an Associated Press interview. There have already been recalls of hundreds of thousands of cribs recalled. At least 32 young children have strangled or suffocated in the past nine years due to defects and other problems of drop-side cribs. Even one death is too many. Although drop-side cribs may soon be obselete, they will still be found at yard sales, which may pose a problem for unknowing parents. Before buying any such product, I recommend you check the Consumer Product Safety Commission’s website to verify the product you intend to buy has not been recalled and doesn’t pose a safety risk for your child. 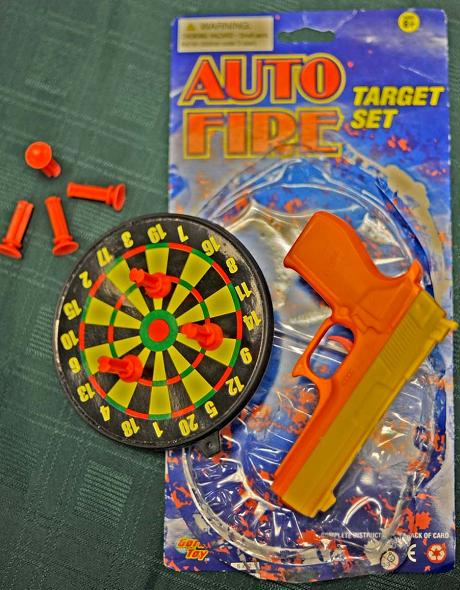 The Consumer Product Safety Commission, along with the Family Dollar Store, has recalled the “Auto Fire Toy Dart Gun.” The manufacturer of the toy, Henry Gordy International, Inc., of Plainfield, NJ, has refused to recall the toy on its own, even though at least two children have died from swallowing parts of the darts. The toy dart guns were manufactured in China, which raises the issue of how safe are toys or other products manufactured in that country? Remember, this is the same country that manufactured children’s toys that had lethal levels of lead in the paint on the toys. And the same country that sold infant’s formula laced with melamine.

All very scary stuff. It is extremely difficult to advise the average consumer on what is safe and what is potentially lethal. For now, I would simply recommend continuing to check the Consumer Product Safety Commission’s website on a regular basis to see what is on their radar screen to help make your family more safe.

I was right. I wrote in my February 18, 2010 blog entry that I suspected a defect in the Chrysler Sebring caused the car to unexpectedly roll over a child in Fayette County, Georgia. It was reported the key was out of the ignition and the car was in park at the time it ran over the child. Now, the Fayette County Sheriff’s Office confirms my suspicion that it was, indeed, a manufacturing defect in the car that caused the tragic and utterly unnecessary death of this child. The vehicle had a defective ignition park interlock that caused it to slip out of park, roll down a driveway and strike the victim, according to Capt. Brian Eubanks of the Fayette County Sheriff’s Office.

My heart goes out to this family. One more death at the hand of a car manufacturer is one too many.

Finally! Toyota apologizes to the American public for selling us dangerous cars and keeping it secret from us when Toyota KNEW they were accidents looking for a place to happen.Yet Toyota still has yet to come 100% clean, in denying anything is wrong with their cars’ electronic throttle system, when all evidence points to the contrary.

Added to the misery created by Toyota’s cavalier conduct is the revelation that there may be some Americans wrongly convicted of vehicular homicide when their runaway Toyotas killed someone. This issue has arisen in Minnesota, where Koua Fong Lee is serving an eight year prison sentence for vehicular homicide in 2006 when his 1996 Toyota careened out of control and he was unable to stop it. With this late confession by Toyota executives about their out-of-control cars, it may be that Mr. Lee was wrongfully convicted and that it is Toyota, not poor Mr. Lee, that is responsible for the Minnesota deaths.

Things that make you go hmmmmm…another episode of Corporate Malfeasance, and it will be left to the trial lawyers of America to seek any justice for Toyota’s victims.

This was a terrible headline to read today, that a child was killed in Fayetteville, Georgia when a car rolled over him. The car, a Chrysler Sebring, apparently rolled over him even though the car was in park and no key was in the ignition at the time. Sounds like another car manufacturing defect to me.

END_OF_DOCUMENT_TOKEN_TO_BE_REPLACED

It was bad enough that Toyota had recalled hundreds of thousands of newer models of their best-selling Camry and the Corolla and Tundra and certain Lexus models for sudden uncontrolled accelleration. That recall, blamed by Toyota executives as being caused by defective rubber floormats, affected 3.8 million vehicles that contained certain all-weather floor mats. Then Toyota issued another recall for 2.3 million Toyota vehicles, including 600,000 that were not subject to the prior floor mat recall due to an actual mechanical problem that was causing some gas pedals to stick. Which begs the question: was the TRUE problem with the first 3.8 million cars really to blame on the floor mat? Or was this a convenient excuse for what was really an accellerator problem from the get-go? Knowing Toyota Execs, count on the latter.

But now, in the MackDaddy of all Recalls, Toyota has recalled its Star of the Show, the Prius, Toyota said Tuesday it would recall 437,000 of its 2010 flagship Prius hybrid and other gas-electric models worldwide to fix a glitch in the braking system, as the Japanese automaker moved to contain a crisis over defects in a range of its vehicles. Toyota says its only a software problem, which may be true, but are we to trust them?

I have found myself in the last couple of weeks avoiding driving near or around Toyotas on the street. I will switch lanes rather than dare be behind one. I do not own a Toyota, but I can imagine Toyota owners faced with the moral dilemma: “Do I drive my Camry to work and risk killing myself, a loved one or another person? Or do I put it in the garage, continue to make monthly payments on a car I cannot drive and try to find alternate transportation?” Toyota, you’ve got some explaining to do!