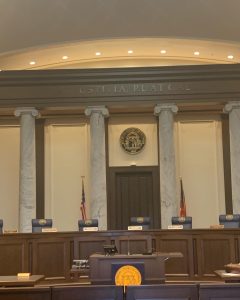 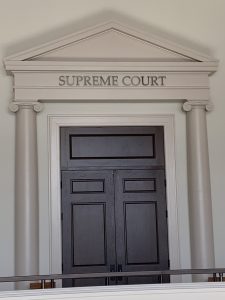 Mr. Harris made a horrible mistake, but it should not have been prosecuted as murder.

The evidence presented at trial by the prosecution about Mr. Harris’s secret life as an apparent sex addict was admitted for the purpose of showing the jury he was a bad guy and not likeable, all to try to secure a conviction. It had nothing to do with the issue that was to be decided by the jury, i.e., did Mr. Harris intentionally leave his child in his car to kill him. Most of the evidence admitted by the prosecution was irrelevant to the main issue.  For example, the State admitted nine color photos, size 8.5 X 11 inches, of Mr. Ross’s erect penis. This had no relevance to whether Mr. Ross intentionally killed his child. As Justice Nahmias noted in the opinion: “Notably, at oral argument in this Court, the State’s counsel acknowledged that she did not know of a proper purpose for which the prosecutor introduced these nine, enlarged copies of pictures of Appellant’s erect penis.”
Harris v. State, S22A0092, 2022 WL 2230373, at *26 (Ga. June 22, 2022).

Justice Nahmias closes his opinion with this observation:

the jury also heard and saw an extensive amount of improperly admitted evidence. The jury heard several days’ worth of testimony from a dozen witnesses about Appellant’s extramarital (and sometimes illegal) sexual activities, saw hundreds of lewd (and sometimes illegal) sexual messages that Appellant exchanged beginning in 2013 with numerous young women and girls, and were given nine full-page color photographs of Appellant’s erect penis that ensured that the jurors did not miss the point that he was a repulsive person. Three sex crimes that Appellant committed against a 16-year-old girl were actually presented to the jury for verdicts (which were obviously guilty).

Much of this evidence was at best marginally probative as to the alleged offenses against Cooper, and much of it was extremely and unfairly prejudicial. We cannot say that it is highly probable that the improperly admitted evidence did not affect the guilty verdicts that the jury returned on the counts involving Cooper. If Appellant is to be found guilty of those crimes, it will need to be by a jury not tainted by that sort of evidence. For these reasons, we reverse Appellant’s convictions for the counts related to Cooper.
Judgment affirmed in part and reversed in part.

Our evidence rules make it clear such irrelevant evidence that is so obviously unduly prejudicial should be excluded. The Harris opinion is a primer on our evidentiary rules, particularly O.C.G.A. § 24-4-401, -402, -403 and -404. Every trial lawyer should read this opinion and put it in their trial notebook.  It will, undoubtedly, be cited many times in the future on character evidence. It is also a wonderful example that no matter how horrible the facts, our criminal justice system and evidence rules are there for a purpose, to ensure a fair trial under law.