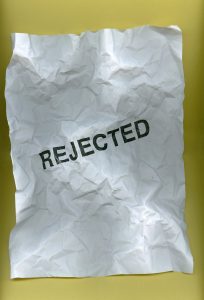 I constantly hear, even from jurors, that we are a “litigious society,”  that everyone sues over everything these days. Assuming this is true, who is to blame?  Critics immediately place the blame at the feet of the injured plaintiffs who must bring the lawsuit for compensation for the injuries they have suffered that were caused by someone’s carelessness. If those darn hurt people who can’t work any longer because of their injuries would just not file a lawsuit we wouldn’t be a litigious society!!  The nerve of these people!  Getting injured through no fault of their own and then expecting compensation for the medical bills, lost wages, pain, inconvenience, inability to work, permanent scarring, loss of their normal quality of life, etc., from the person who caused it all.  The gall! Can you believe these people?

But don’t blame these injured folks. Blame the insurance companies of the careless individuals, because it is the car insurance companies who take the stance “so sue me” and invite litigation that easily could have been avoided had they simply been reasonable in negotiating an insurance claim for personal injury.

I have had two very recent cases in which two separate car insurance companies have treated my clients with utter disdain (how dare they got injured in our insured’s wreck!!! The nerve!!) and literally have said “so sue me” in response to very reasonable requests to settle out of court. The most recent happened this week. My client is a hair stylist who was injured in a car wreck when the at fault driver turned left directly in front of her, striking her car. My client steered to her left to try to avoid the at-fault driver, but couldn’t avoid the collision, which made her car veer off to the left down an embankment where it hit a tree. My client is lucky to be alive after hitting the tree. But she was severely injured. The investigating police officer charged the at-fault driver with a violation of failure to yield the right-of-way. Clear liability. End of discussion. The wreck caused nearly $10,000.00 in property damage to my client’s car. It was quite a lick. My client suffered neck and back injuries and an injury to her left foot in the wreck and began medical treatment with an orthopedic surgeon at Resurgeons Orthopedics. Her medical bills are currently close to $10,000.00.  She has several days of lost wages and tips.  As a hair stylist, she must stand on her feet all day, yet she now suffers from numbness in her left foot as a result of the car wreck. She also faces a series of epidural steroid injections in her back. The liability limits of insurance the at-fault driver has are $25,000.00, the mandatory minimum limits required by Georgia law. On behalf of my client, I demanded the insurance limits of $25,000.00.  The insurance company’s one and only and final offer of settlement is $9,750.00, less than my client’s medical bills. No injured plaintiff would accept a settlement demand for less than their medical bills, which doesn’t even take into consideration her lost wages or anything for all the pain she has endured.  Keep in mind, also, the little known fact, that her own health insurance carrier will attempt to take from my client the amount they have paid health care providers under the health insurance policy, so that potentially, with an offer of $9,750.00, my client would get zero.  Nothing.

When I spoke with the insurance adjuster about this totally ridiculous, inadequate settlement offer, her response was “take it or leave it.  We have been sued before. We’ll be sued again. So sue us.”  Here, an injured person was trying to be reasonable, settle out of court, avoid filing a lawsuit and avoid all the necessary expenses that go along with that, but the insurance company simply says “so sue us.”

Trust me:  we are going to accommodate the insurance company’s flippant request that we sue them. Unfortunately for my client, starting litigation means it will be another 18-24 months (the average length of a car wreck lawsuit) before she will ever see any justice or compensation for what she has suffered. Does that seem fair? Hardly.  But before you go assuming it is people like my client who are “litigious,”  remember this case and remember it is the insurance company who invited the litigation by saying “so sue us.”   Now answer the question of why society is so litigious.